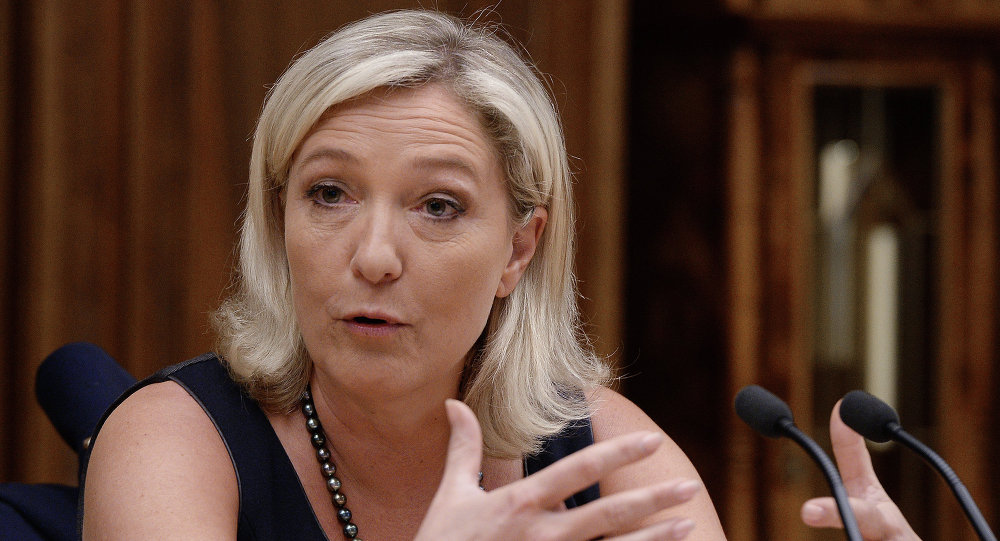 National Front leader Marine Le Pen has accused Germany of looking to lower wages and hire "slaves" by opening its doors to thousands of migrants and refugees, British media reported on Sunday.

The European Commission will unveil a new policy on Wednesday to make it easier to process asylum claims, send those from safe countries home and distribute bona fide refugees among the bloc’s 28 members.

If the draft is approved, France will have to allow in an additional 27,000 new migrants from Africa and the Middle East.

A previous such proposal by the European Commission in July was rejected by Britain, Denmark, Ireland and a number of East European countries

An estimated 340,000 migrants have arrived in the EU countries since January resulting in the worst displaced persons crisis Europe has witnessed in the 21st century.