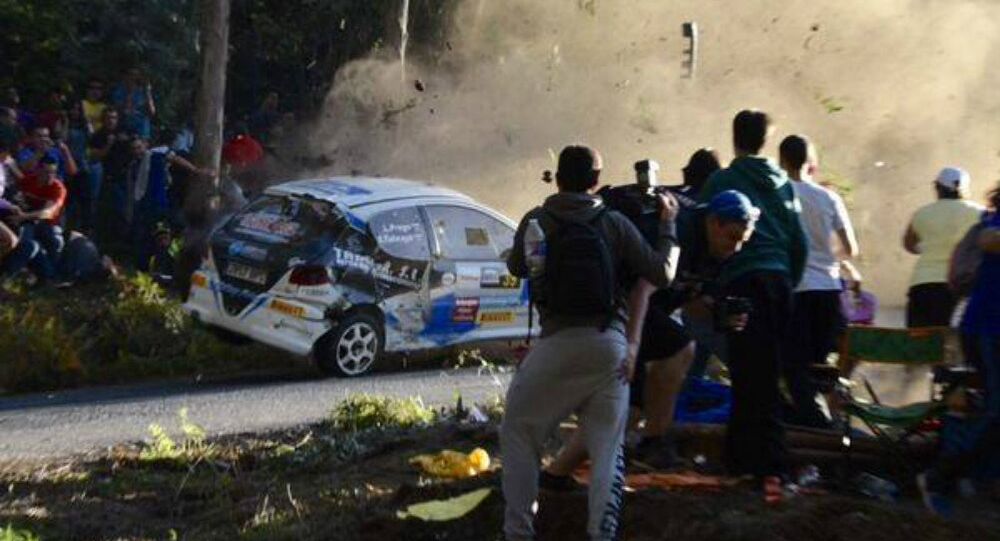 A car rally in Spain has reportedly resulted so far in six deaths and eleven injuries as a driver lost control and crashed into a crowd.

MOSCOW (Sputnik) — At least six people died and 11 more were injured, when a car crashed into the crowd during a rally in Coruna, Spain, local media reported.

According to the local ABC newspaper, one of the car drivers participating in the rally lost control of his vehicle and it went off the road.

There could be more victims, as the car crashed into a crowd of motorsport fans, who came to the city to watch the event, the paper said.

Ambulances and Civil Guard have arrived at the crash site. The causes of the tragedy are currently being investigated.