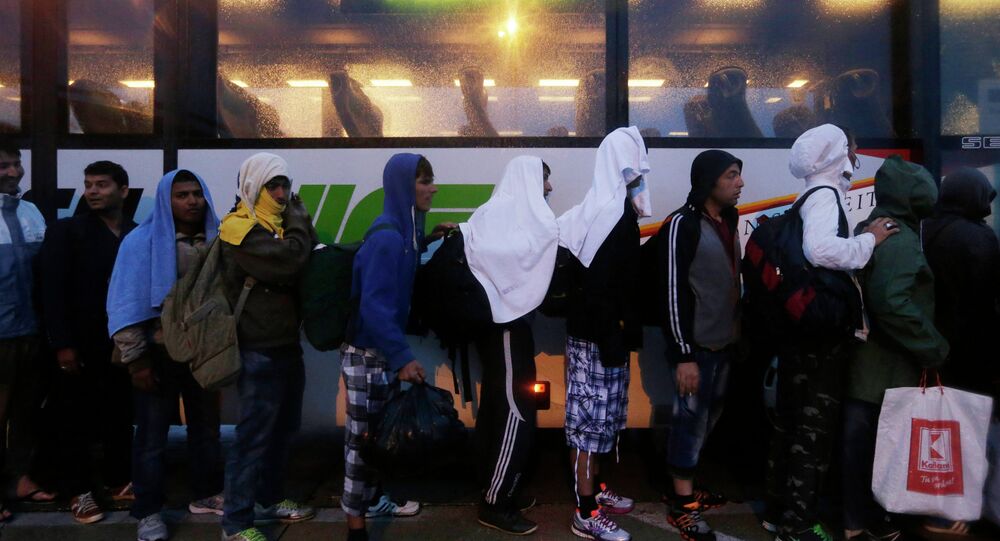 Thousands of Migrants Stream Into Austria From Hungary

About 4,000 migrants have reportedly entered Austria from Hungary in the past few hours, and the number is expected to double in the coming hours.

© AP Photo / Carmelo Imbesi
EU Leaders Responsible for Deaths of Migrants Trying to Reach Europe
Austrian police said that at least 4,000 migrants have entered Austria from Hungary in the past few hours and that the number could double later in the day.

"I am standing right at the border to Hungary and am looking down. The streams (of people) keep coming," Hans Peter Doskozil, chief of police in Burgenland state, was quoted as saying by the AFP news agency.

He also said that they are "waiting for 17 or 18 double-decker buses to be able to take people to Vienna, maybe also towards Germany."

© AP Photo / Jens Meyer
Germany’s Very Special Relationship With Refugees and Migrants
According to him, a train with around 400 migrants on board has already left the Austrian town of Nickelsdorf, located near the border with Hungary, with another train due to leave  in the coming hours.

On Friday, Austrian Chancellor Werner Faymann said on his Facebook page that "because of today's emergency situation on the Hungarian border, Austria and Germany agree in this case to a continuation of the refugees' journey into their countries."

Around 10,000 migrants are expected to enter Austria from Hungary on Saturday, Austria’s Interior Ministry said as cited by local media.