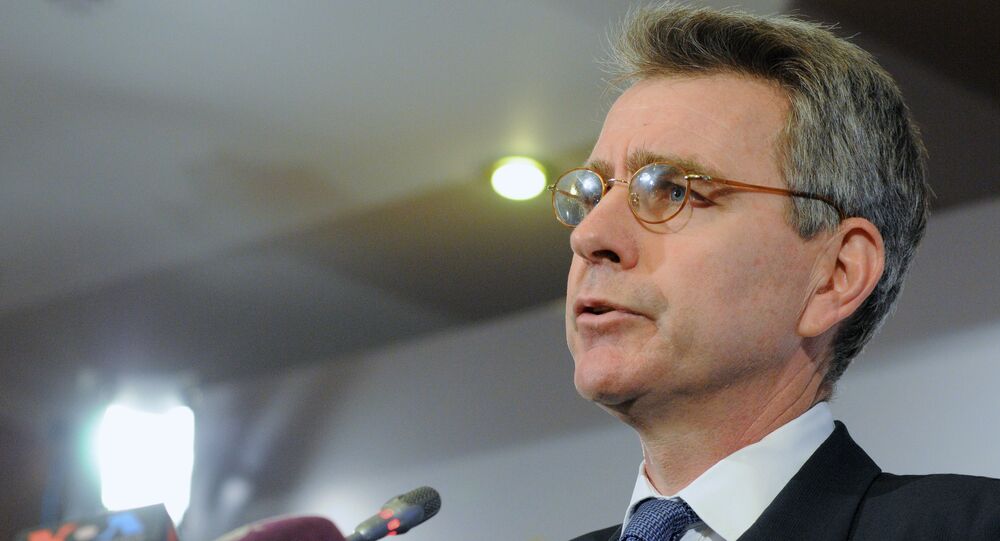 US Ambassador to Ukraine Geoffrey Pyatt said that the Ukrainian government’s more balanced and transparent approach to privatizing state-owned assets will make it easier to determine market prices.

"The Ukrainian government’s more balanced and transparent approach to privatizing state-owned assets will make it easier to determine market prices. These simpler processes should bring more international investors to the market," Pyatt said.

Also Pyatt stated that the United States has allocated some $100 million for start-up companies in Ukraine’s second largest city of Kharkiv in 2015.

© AFP 2020 / JIM WATSON / POOL
Don’t Mess With Uncle Sam: US Gov’t in Total Control of Ukraine Parliament
"About $100 million USD [US dollars] has been invested in start-ups this year," Pyatt said.

"American companies are ready to help with this process of transformation by transferring food processing technology and know-how to Ukrainian companies preparing to enter the EU," Pyatt said.

The Deep and Comprehensive Free Trade Agreement (DCFTA) concerning compliance with EU standards "will make Ukrainian products globally competitive and save farmers millions of euros in duties on exports to the EU," Pyatt added.

Pyatt also claimed that Kharkiv’s information technology sector is "thriving," and the Kharkiv region has the potential to become an important IT center for all of Europe.

Yatsenyuk stated then that the Ukrainian government has already passed a number of resolutions that opened energy companies, some chemical plants and electricity grid generation companies for privatization.

The conflict between the Kiev forces and independence supporters in the country's east that erupted in April 2014 has left Ukraine on the verge of defaulting on its debt, while its currency, the hryvnia, has sharply dropped since 2014.