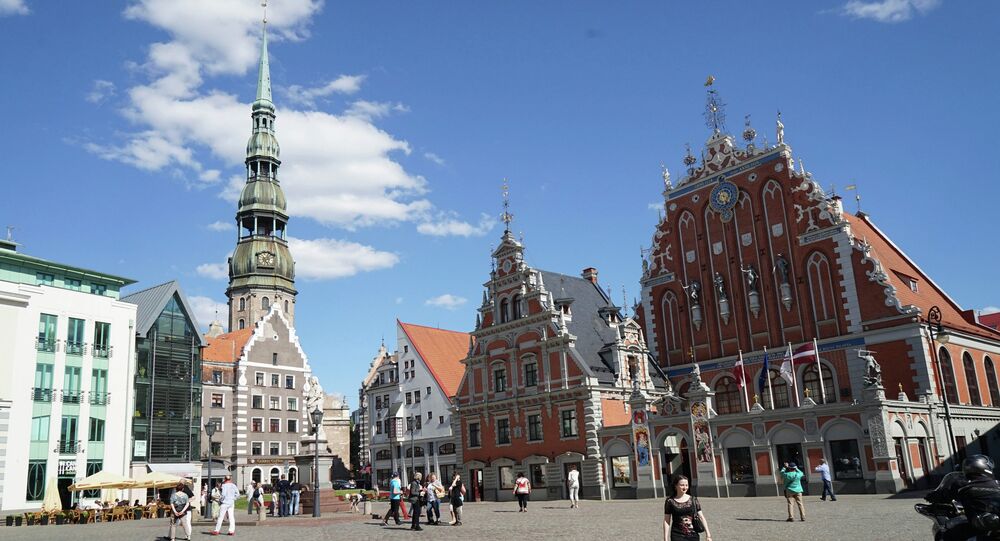 Prominent Latvian composer Imants Kalnins, widely considered one of the most important musicians in Latvian history, recently offered his take on his country's attempts at integration with the West. The composer told a local newspaper that his country may actually have more in common with its eastern neighbor, Russia.

© AFP 2021 / ILMARS ZNOTINS
Money to Burn? Latvia to Spend $19Mln to Reinforce Border With Russia
In the interview, published in popular Latvian daily newspaper Neatkariga Rita Avize on Wednesday, Kalnins explained that while "the Soviet Union brutally kept us in its embrace for 50 years, and 1940 was truly a terrible year," the reality is that Latvia has "a lot more in common with the territory which today is called Russia" than merely the Soviet experience.

"Links of all sorts stretch back nearly four hundred years. Therefore, I see a more pronounced similarity with Russia –both in terms of mentality and even just physically. This of course does not preclude us from being in Europe, but Russia too is in Europe," the composer noted.

"Secondly," Kalnins continued, "the experience which I, which all of us as Latvians have received in the years following independence, being 'on the same team' with the countries of the West, has pushed me away from Western society." Noting his experience with the West to be objectionable, the composer emphasized that "the fact of the matter is that I do not see my ideal there –my ideal of Latvia as an independent state. On the contrary, I see in the West the disappearance of this ideal. And naturally, as a result, I am looking for an opportunity to save myself. And I see this opportunity in Russia, in the sense that Russia has the same problems –problems of self-preservation and survival."

© Sputnik / Oksana Dzhadan
Latvian President Rejects Language Commission's Call to Stop Speaking Russian
Kalnins explained that he considers the European Union to be a project of secretive global players, who do not necessarily mean well for the European continent and its nations. In his view, to gain control over many countries at once, it is necessary to join them in a supranational structure. "In its turn, Russia and her president says that the basis for the future should be the principle of sovereignty of nation-states. And that's what attracts me, because it corresponds to my understanding of life."

In Europe, according to the Kalnins, the opposite is taking place, and national governments are not only being dismantled, but fundamentally altered from the inside out. The composer believes that this "is being done consciously." Kalnins cites the decline of European nations, and the rise of immigration from outside the continent. "Of course people cannot be blamed for running away from their devastated homelands," the composer emphasized. "But all of this can be deliberately stimulated. Who is responsible for destroying and impoverishing this world?" he asks.

© Sputnik / Vladimir Astapkovich
SuperPutin Conquers Latvia…In a Very Peaceful Way
Kalnins has written six symphonies, several operas, oratorios, cantatas, choir songs, as well as music for film and theater. He is perhaps best known for his rock music. Actively participating in the political changes which took place in the Soviet Union and in independent Latvia in the 1990s,  Kalnins  became a deputy in the country's ninth parliament. Since 2013, he has been criticized at home for his support of some of the policies of Russian President Vladimir Putin and Belarusian President Alexander Lukashenko. Earlier this summer, he raised a scandal over his ownership of a witty t-shirt featuring an image of the Russian president.
...
Reddit
Google+
Blogger
Pinterest
StumbleUpon
Telegram
WhatsApp
275
Tags:
differences, commonality, history, culture, Imants Kalnins, Russia, West, Europe, Latvia
Community standardsDiscussion