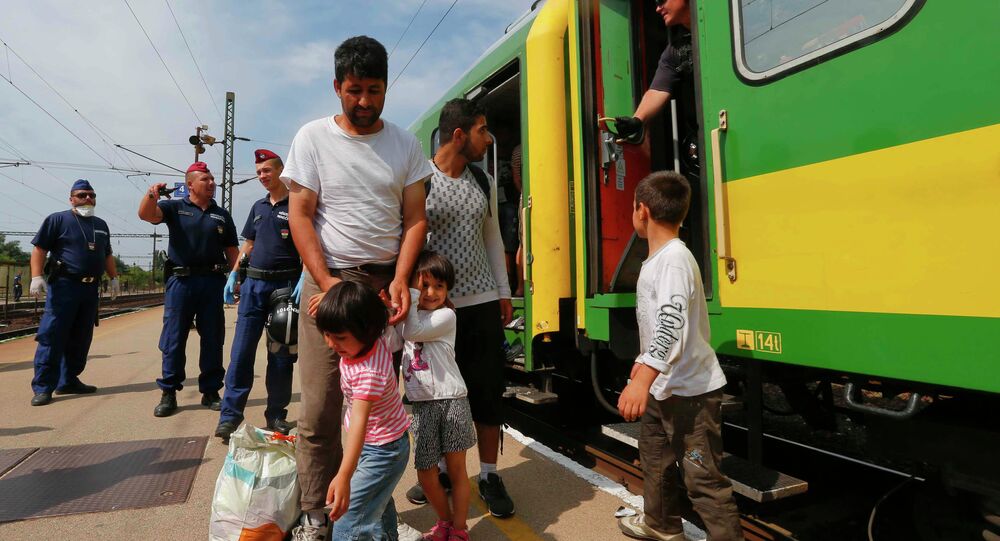 Janos Lazar, the Hungarian prime minister’s chief of staff, said that starting from September 15, the illegal crossing of the fence on the Hungarian border will be regarded as a crime.

"The situation will change cardinally after September 15," Janos Lazar said, adding that the government intends to implement "physical, human and legal measures."

According to the official, the fence on the country's border with Serbia is to be physical barrier, soldiers deployed on the border will represent a human barrier, while changes to the country's criminal code are to constitute a legal barrier to migrants.

© AFP 2021 / JOHN THYS
EU Leaders Fail to Cope With Migrant Crisis - Hungarian PM
Lazar added that starting from September 15, the illegal crossing of the fence will be regarded as a crime.

In August, Hungary completed the construction of a 108-mile fence on its southern border with Serbia to deter migrants from entering the country, triggering a wave of criticism from other members of the European Union.

The Hungarian authorities said that the erected fence would be accompanied by a more permanent 13-foot wall, which is currently under construction.

Hungary is being used as a gateway to wealthier EU countries by thousands of migrants. As a result, the country is experiencing an unprecedented influx of undocumented immigrants. Budapest estimates that over 156,000 migrants have illegally entered the country since the beginning of 2015.

Hungarian Volunteer Sees No Help From Authorities in Assisting Migrants