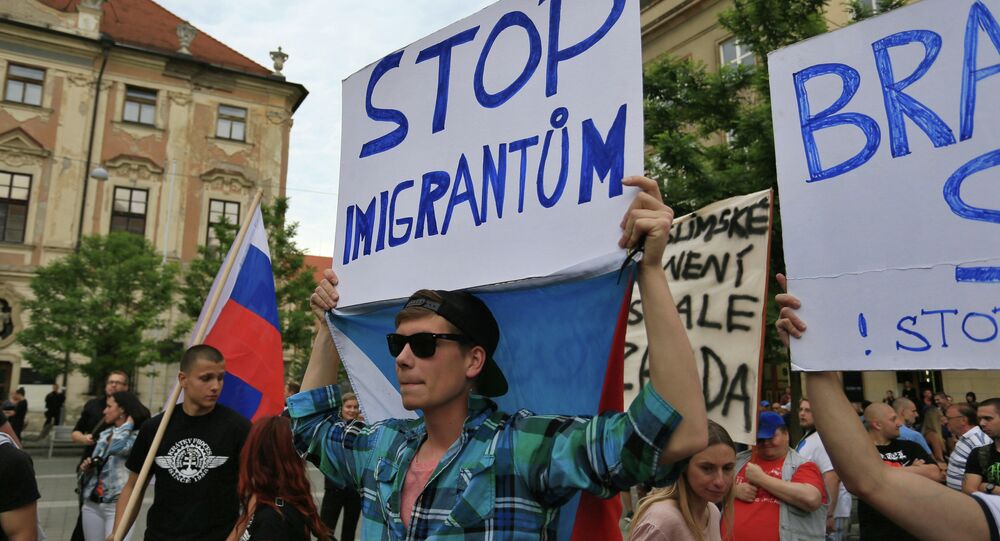 The majority of Czechs want to bring back national borders both in their country and elsewhere in Europe. More than half criticize the way the government is handling the refugee problem, according to the results of a recent opinion poll.

© AFP 2021 / ATTILA KISBENEDEK
Over 2,000 Migrants Protest in Budapest Demanding Entry Into Germany
The survey of more than 1,000 people conducted by the local Focus pollsters found seventy-eight percent voting for the return of guarded borders even though this would restrict the Europeans‘ freedom of movement.

Eighty seven percent of respondents described the incoming wave of migrants as a major problem, 10 percent said it was not a big  issue and only two percent said  migrants posed absolutely no problem for the country.

"Even though some people are ready to help the migrants, the overwhelming reaction was fear of unfamiliar, alien culture,“ the polling agency concluded.

More than half of those polled were critical of the way the Czech government tackles the problem of incoming refugees.

Twenty-five percent said they were angry and only two percent sided with the government.

Forty-four percent of Czechs said they were against any government help to refugees, either Muslim or Christian.

According to Focus, the most radical opinions were voiced mainly by people aged over 55, unemployed and those with low incomes.