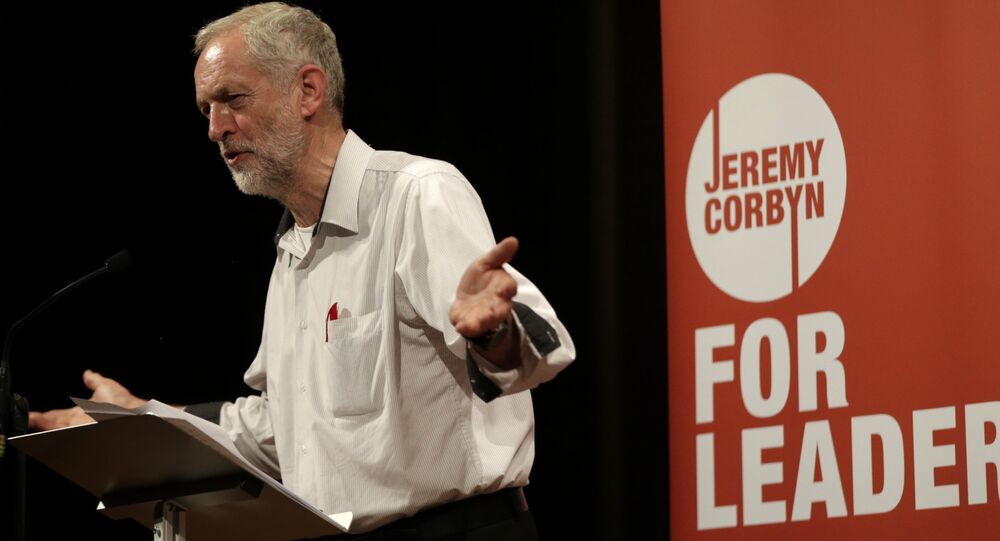 The race to become the next leader of the British Labour Party - dominated by left-winger Jeremy Corbyn - has whipped up a media frenzy and a row over misquotes as the party struggles to keep itself together.

With just days to go before the declaration of the vote, Corbyn is leading the polls and the party faces a huge shift to the left if he wins. Yet the hustings have been dominated by the media using selective quotes in headlines, causing Corbyn to lament: "…an awful lot of journalists were spending a lot of time trawling the archives."

How Jeremy Corbyn is being misquoted by the Tory press #PrivateEye pic.twitter.com/NVfG4HF4lc

The center-right broadsheet, The Telegraph reported Corbyn as saying: "It was a 'tragedy' that Osama bin Laden was killed by the United States rather than being put on trial." Its headline was even more of a shocker: "Jeremy Corbyn calls death of Osama bin Laden a 'tragedy'."

What Corbyn actually said was less explosive. He said of Bin Laden:

The right-wing press has been having a field-day with the Labour leadership campaign. The moment it emerged in July that Corbyn was leading the polls and Labour was facing a lurch to the left — a considerable shift from the Tony Blair era of middle-ground politics. The other candidates, Andy Burnham, the former health secretary — originally considered the front-runner — Yvette Cooper, the former pensions secretary and Liz Kendall, have struggled to make their voices heard above the media hubbub about Corbyn.

The campaign descended into farce when — under new rules brought in by former leader Ed Miliband — it was revealed that people join the party online for as little as $5 and are able to vote. This led to 70,000 people signing up to the right to vote — with commentators suggesting many of those were from other political parties enjoying the thrill of putting a left-winger in charge of Labour and plunging the party into crisis.

The Telegraph joined in the media frenzy again with the stunning headline: "Jeremy Corbyn hints at Russia ties as he surges to 53pc in Labour leadership poll." In fact, Corbyn never actually mentioned Russia, telling RT that Britain should treat international opponents with more respect.

As the party braces itself for a lurch to the left and a possible split, the country is bracing itself for a new political landscape. Or as Corbyn himself put it — and this is a full quote:

"A fuse has been lit and a new kind of more inclusive, less personalised politics has been let out of the bottle. There is an optimism about this campaign that has attracted people to come to meetings and debate political issues. Whatever the outcome, it is clear that a fundamental change of approach to our politics is long overdue."

UK Lawmaker Calls for Parliament to Vote on Future Wars