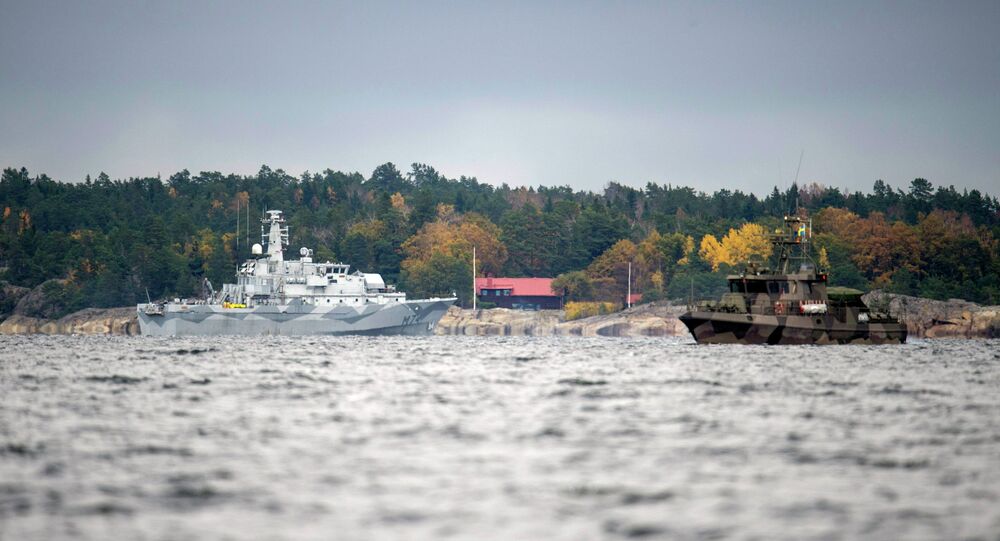 Even though Sweden's ruling Social Democrat-Green coalition remains against joining NATO, support for membership has been on the rise, fueled by the Swedes’ growing fear of Russia’s military activity in the Baltic region.

© Flickr / Magnus Fröderberg
Sweden to Ramp Up Military Ties With US After Mccain's Visit
The center-right Alliance opposition has up until now been split on the issue with the largest party – the Moderates – and the Liberals being strongly in favor of NATO and its partners — the Centre Party and the Christian Democrats taking a more hesitant stance, The Local digital news publisher wrote on Tuesday.

In April, Sweden, Norway, Denmark, Finland and Iceland announced far-reaching plans to extend their defense cooperation in the face of an imaginary Russian aggression, The Local wrote.

Reflecting the Russian scare which is spreading across Scandinavia, the Swedish authorities have been pointing the finger at Moscow over a series of ghost submarine sightings and alleged airspace violations.

Based purely on a photograph, which shows two grainy vessels far off in the distance, Sweden announced that the objects were Russian submarines.

Russia was quick to dispel the rumor, calling the sighting and subsequent manhunt "mindless."

And in April, Ola Truedsson, commander of the naval division of Sweden’s armed forces, released a statement confirming just how wrong the accusations were.

© Photo : tsushima.su
Sweden Finally Gets Their Russian Sub (But It's 100 Years Old)
However, in what spells a significant U-turn, Centre Party bosses announced on Tuesday that they would motion their colleagues to advocate membership in the defense organization at the party's next conference.

“We lack the ability to defend ourselves for a longer period of time. At the same time NATO is very clear about the fact that Sweden cannot expect military support if we are not full members of the organization. We can no longer close our eyes to that,” wrote party leader Annie Lööf.

“We fear that false non-alliance risks becoming a security risk rather than offering safety,” they added, referring to Sweden's increased military cooperation with its neighbors despite officially maintaining a semi-neutral position,” she added.

The investigation found that the supposed Russian submarine was no submarine at all, but in fact a civilian fishing boat…

Meanwhile, the Christian Democrats, who have previously opened the door to the possibility of joining NATO, are also set to debate the issue at their party conference in early October.

“We are a relatively small country with a strategically important location in the Baltic Sea region. Our assessment is that we can't go it alone but need to cooperate with others to manage our defense capability and we need to do that as part of NATO,” Christian Democrat leader Ebba Busch Thor told the TT newswire on Tuesday.

Sweden's ruling center-left coalition – the Social Democrats and the Green Party – is historically against NATO membership. However, there have been indications in the past year that the Nordic country is moving closer to joining the defense alliance.

Sweden to Ramp Up Military Ties With US After Mccain's Visit