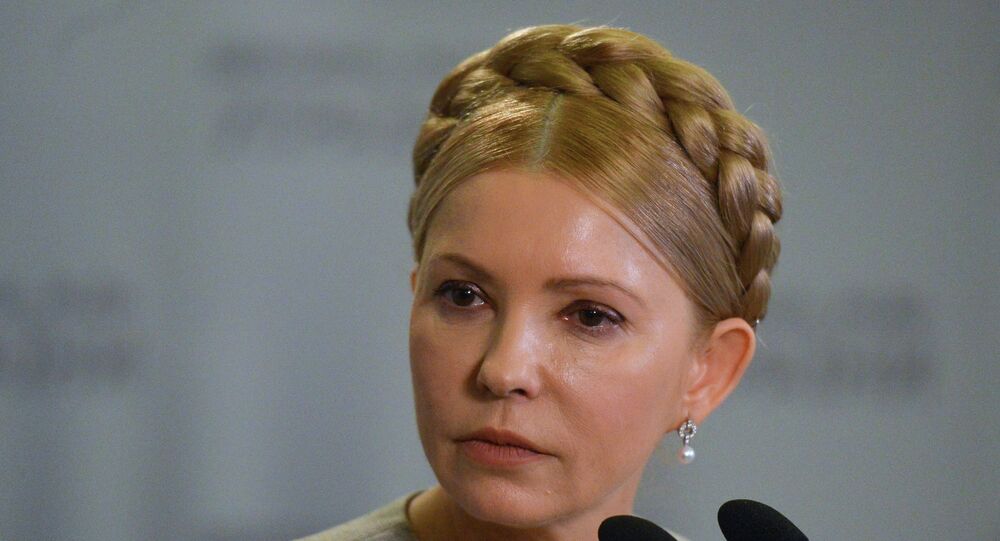 She'll Be Back? Yulia Tymoshenko Has Her Sights on Ukraine's Premiership

© Sputnik / Nikolay Lazarenko
Poroshenko Losing Allies as Ukraine's Radical Party Leaves Ruling Coalition
"Tymoshenko knows what she is doing… She is aware that early presidential elections would be unlikely. But the prospects of becoming Prime Minister again are quite real. She's not ready to attack [President Petro] Poroshenko, as do Lyashko and the Self-Help party,” the Apostrof online edition quoted the unnamed source as saying.

The current European Choice coalition in the Verhovna Rada was formed in November last year bringing together the Petro Poroshenko Bloc, the Popular Front, Tymoshenko’s Fatherland party, the Self-Help and Radical parties thus ensuring a parliamentary majority of 300 deputies in the 450-strong chamber.

On Tuesday the Radical Party’s leader Oleh Lyashko said his party was pulling out of the coalition and joining the opposition thus paving the way for early parliamentary elections.