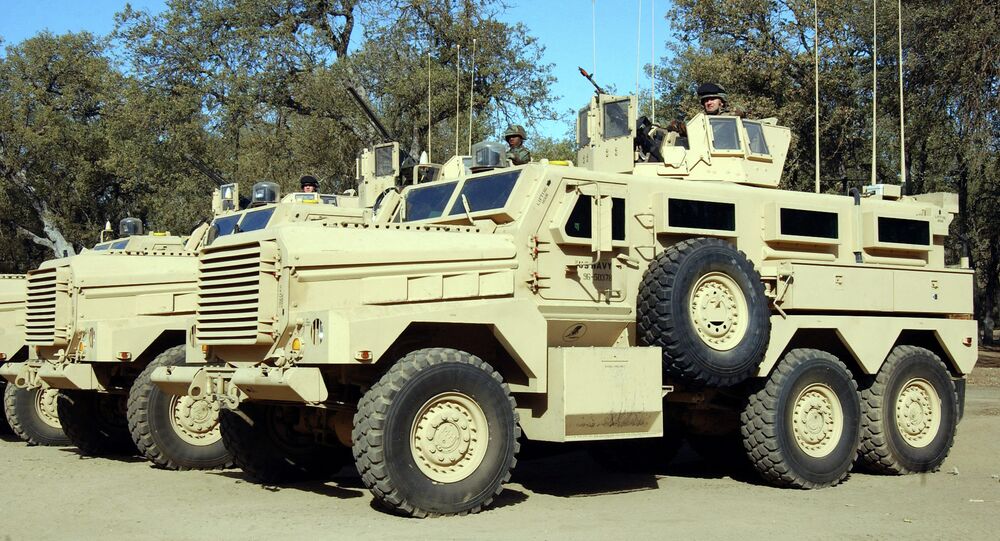 Police in the Ukrainian capital will deploy armored vehicles to patrol the center of the city following Monday's violent riots, an adviser to the interior minister said Tuesday.

© REUTERS / Stringer
Ukraine’s Protesters Were Paid to Storm Parliament?
KIEV (Sputnik) — According to Ivan Varchenko, downtown Kiev will be patrolled by KrAZ and Cougar vehicles, reinforced police units and 2,200 soldiers from the National Guard and volunteer battalions.

Violent clashes between police and protesters on Monday outside the Ukrainian parliament, Verkhovna Rada, killed at least three and injured over 140 people, mostly policemen and National Guard soldiers.

"The length and the scope of patrols in the capital will depend on the development of events, but we will not allow anyone to destabilize the situation in Ukraine," Varchenko said in an interview with Ukraine's 112 television.