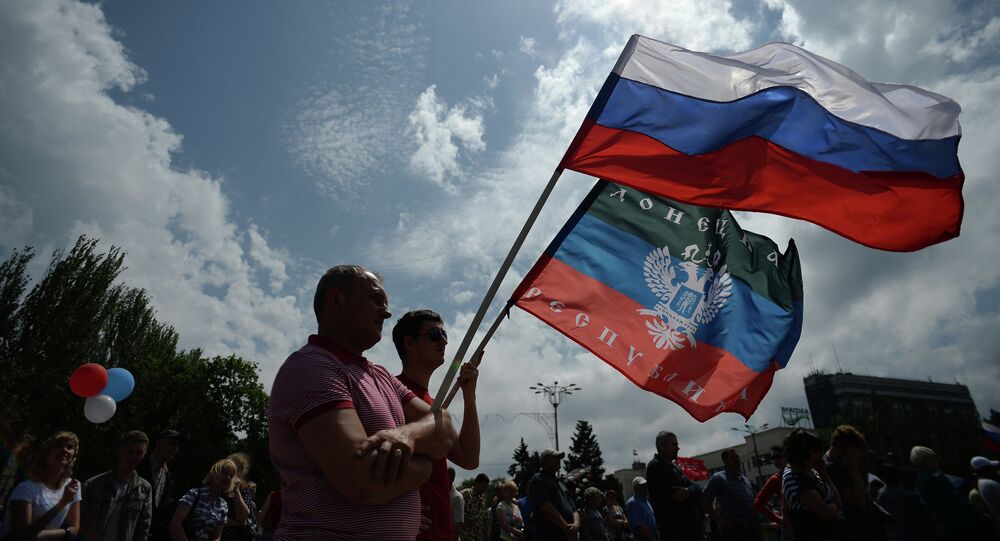 Alexander Zakharchenko, the leader of the self-proclaimed Donetsk People's Republic in eastern Ukraine, dismissed on Tuesday rumors about plans to conduct a referendum on joining Russia.

"There will be no referendum. We will have elections. If there is a need to conduct a referendum, I will personally inform you," Zakharchenko told RIA Novosti.

© Sputnik / Konstantin Chalabov
Crimea Wanted to Hold Referendum in 1994, but Subdued by Kiev – US Media
"Ukrainian media spread the information claiming that instead of elections we are going to hold a referendum," he said.

Donetsk and Lugansk self-proclaimed republics decided to hold separate elections of mayors and district governors on October 18 and November 1 respectively. The rest of Ukraine is set to vote in local elections on October 25.

Following Crimea's reunification with Russia, Kiev launched a military offensive in Donbass against local independence supporters who had refused to recognize a coup-imposed government, which had come to power in February 2014.

Most Crimean Tatars Have Returned Since Referendum