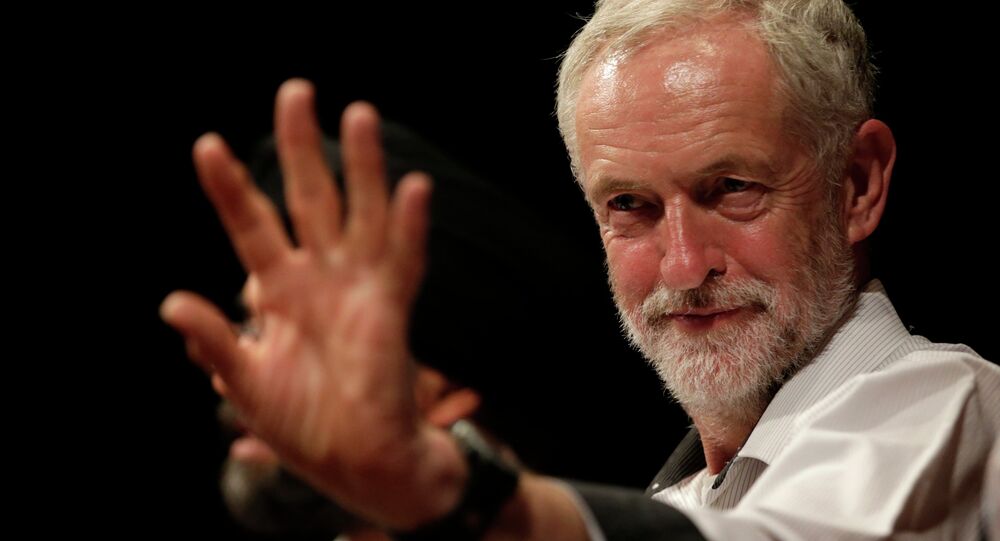 UK Lawmaker Calls for Parliament to Vote on Future Wars

The leading candidate to take over the leadership of the Labour Party in the UK, Jeremy Corbyn, has said, parliament should have the final say on future military action, ending the tradition of the Royal Prerogative.

Corbyn's comments will come as no surprise to many, since he is vice chairman of the Campaign for Nuclear Disarmament and chairman of the Stop the War Coalition. But his call for an end to the Royal Prerogative — where a prime minister can exercise power without the backing of parliament — will ring true with many who are still unhappy about the UK's recent history of engagements throughout the world.

It's a lot more democratic, giving Parliament veto over the royal prerogative. I'm a monarchist, but it makes sense. https://t.co/Dc02JdIAYb

The Royal Prerogative is an arcane device originally bestowed on the King or Queen of the United Kingdom, whereby they had the prerogative to exercise power without going to parliament. This has been handed down in recent history to ministers themselves, who can yield it under certain conditions — especially on going to war.

Why is #Corbyn's proposal to limit the undemocratic and unaccountable Royal Prerogative a bad idea? Can anyone explain?

Corbyn told an election hustings meeting: "The royal prerogative should be subject to parliamentary vote and veto if necessary.

Although the UK parliament did have three votes on the invasion of Iraq in 2003, there is a widespread feeling that they did so on false premises, yet to be revealed in the much delayed Chilcot report into the run-up to the war, the mission itself and the aftermath. Many feel parliament was misled and Corbyn is echoing growing calls for the UK never to go to war again without full disclosure of the facts to parliament, which must have final say.

In the last century, parliament did not vote on the First or Second World Wars, Korea, Suez, the Falklands or the First Gulf War.

In recent conflicts, lawmakers were not asked to vote on Afghanistan, when the UK followed the US into the War on Terror. Nor did they vote on the decision to massively increase troop numbers in 2006. All of these decisions were taken under the Royal Prerogative.

#Corbyn wants to remove royal prerogative powers? Shock horror that he should want more democracy. Being spun as he wants off with 'er head.

The vote on the invasion of Libya in 2011 that would eventually unseat Muammar Gaddafi, was taken three days after the attacks began. The only action which the UK parliament has ever voted down was in 2013, when Prime Minister lost a vote to join the US in action in Syria.

However, Corbyn's calls for a 'Parliamentary Prerogative' were panned by monarchists. Sir Anthony Seldon, the historian, told LBC radio: "It's hard to know what would be left of the monarchy. The fact that Jeremy Corbyn is saying that would be seen as an assault on the monarchy.

"It would be crossing the Rubicon. He would be the first Labour leader who started talking about a reduction in the role of the monarchy."

"It would be very serious. Presumably he is saying it because he knows it will go down well with his supporters," he said.