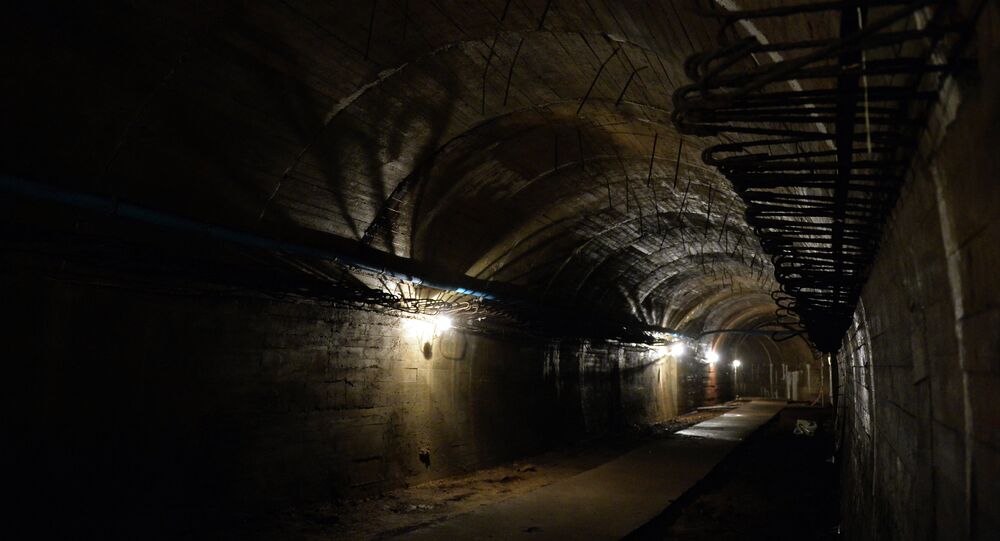 Experts believe that the discovery of a train thought to be laden with Nazi-looted treasure in Hitler’s vast tunnel complex in western Poland may be the first of many others, British media reported on Sunday.

© AFP 2021 / JANEK SKARZYNSKI
Poland's 'Nazi Gold Train' Probably 99 Percent Real
Specialists at the Ksiaz castle in Walbrzych in western Poland, a fortress which Hitler wanted to use as his base of operations in Eastern Europe, believe there are at least two further undiscovered Nazi trains in the area carrying unknown treasures, The Telegraph wrote.

"There is a story that in 1945 there were three trains which came into the town and have never been found," said Magdalena Woch, director of culture at the Ksiaz castle.

"There are discrepancies between maps of the area from the 1920s and the 1940s which suggests there are tunnels under the town which have never been found,” she added.

“We do not know what is inside the train… Probably military equipment but also jewelry, works of art and archive documents," said Piotr Zuchowski, head of conservation at Poland's culture ministry.

The Ksiaz castle was being prepared for Hitler's arrival right up to the end of World War Two.

A comprehensive bunker complex based on the blueprint of the dictator's Berlin wartime base was also under construction when the fortress was overrun by Soviet troops in 1945.

Local politician Lukasz Kazek claims that just one third of the vast tunnel network built by the Germans during the war has been discovered.

Kazek, who also works as a tour guide at the town's Wlodarz tunnels, said: "In this region there are a lot of treasures because when the Soviet army, the Germans had to flee but they thought they would be coming back. They were hiding to retrieve it — everything from money, to documents and gold jewelry."

There are local reports that the army may have to be brought in to guard the train's location once it has been made public, The Telegraph report said.