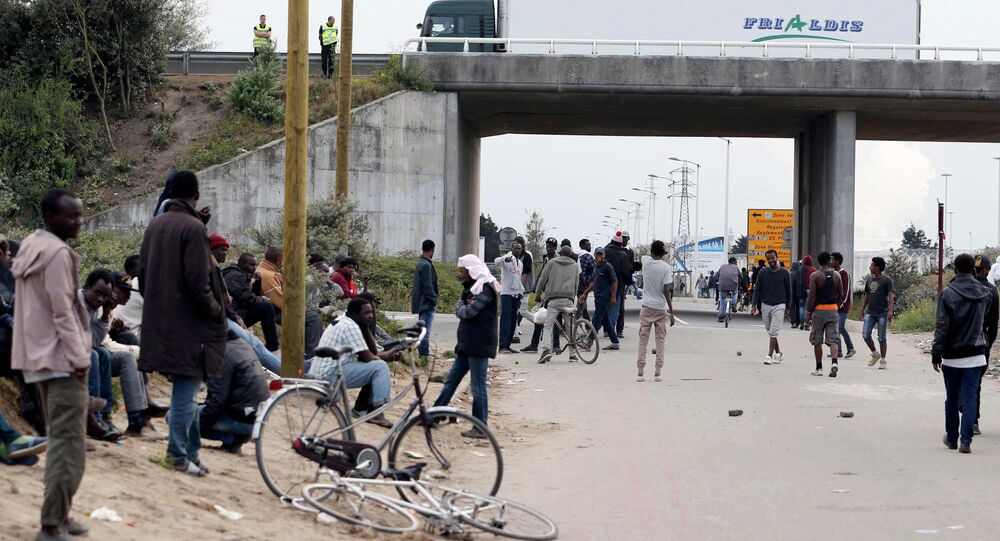 Thousands of Passengers Affected by Ferry Services Blockade in Calais

Former employees of the dissolved MyFerryLink passenger and freight ferry company used lifeboats to block ferries at the French port of Calais, affecting thousands of passengers, the BBC reported on Monday.

© AP Photo / Michel Spingler
Striking French Ferry Workers Shut Channel Tunnel to UK, Set Tires Ablaze
MOSCOW (Sputnik) — On Sunday evening, P&O and DFDS ferry operators both said that their operations had been affected by the strike. According to P&O's Twitter account, the strike led to the suspension of ferry services for at least five hours.

Although the exact number of those affected by the service disruptions is not known, the BBC reported that there were over 2,000 passengers on one of the vessels that was unable to leave the port. According to the media, ferry services were partially resumed at 1:20 a.m. local time (00:20 GMT).

MyFerryLink ceased their operations on July 1 after Eurotunnel ended its partnership with the company, triggering employee protests against job losses.

Calais was hit by several traffic disruptions in July due to strikes by French ferry workers and repeated attempts by undocumented migrants from refugee camps near the port to climb onto cargo trucks destined for Britain.