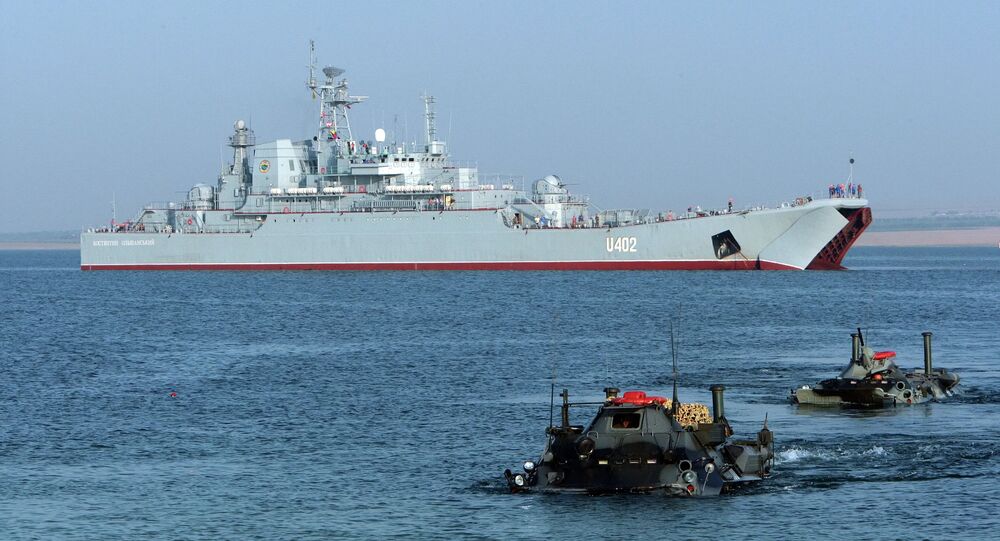 © REUTERS / Murad Sezer
NATO Wraps Up Joint Naval Drill in the Black Sea
"The aim of the exercises is to practice a multinational security operation in a crisis region," the press service of the Ukrainian Defense Ministry said in a statement.
The land, naval and air drills, to run until September 12, are also designed to improve interoperability between the Ukrainian Naval Forces and the Naval Forces of NATO member and partner countries, the statement said.

A total of 14 ships, eight planes and helicopters and about 90 vehicles are expected to participate in the drills.

“I am confident that this exercise will also lead to valuable personal exchanges between our sailors, soldiers, airmen and Marines, leading to stronger bonds and unity in this region,” he said.

The Sea Breeze exercises have been conducted annually in Ukraine since 1997.