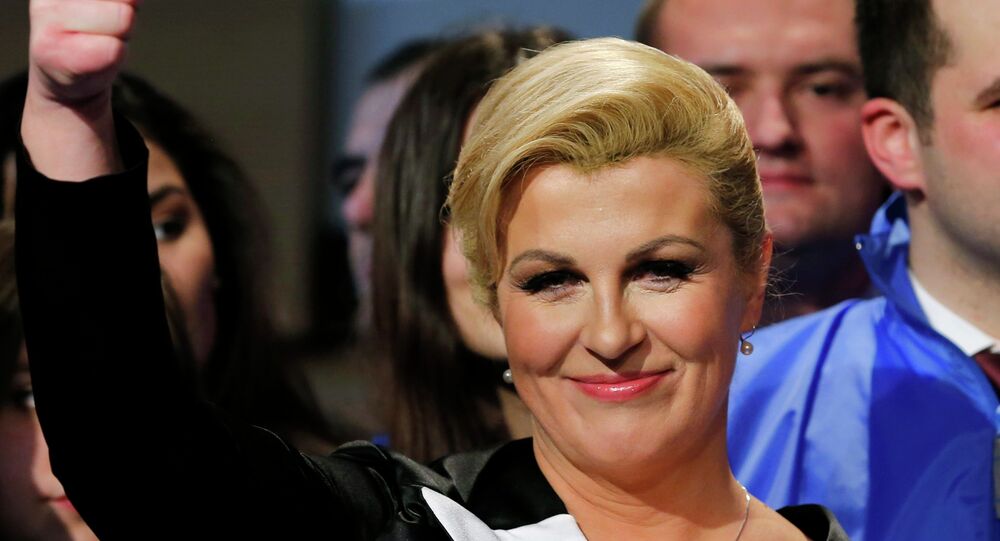 Croatian President Calls on EU to Cooperate With Russia

Speaking at the European Forum Alpbach, the head of Croatia Kolinda Grabar-Kitarović said that the EU should work with Russia to resolve the Syrian crisis and other security issues.

Croatian President Kolinda Grabar-Kitarović called on the EU to cooperate with Russia on resolving the crisis in Syria, which has become one of the causes of the "refugee crisis" in Europe.

"Today we confront Russia on the issue of the Ukrainian crisis. But we have to cooperate with Russia to resolve the Syrian crisis and a number of other crises," Grabar-Kitarovic said on Sunday.

© AP Photo
EU Cannot Seek Constructive Relations With Russia Amid NATO Expansion - NGO
According to the Croatian President, the current refugee crisis is just the beginning. Millions of people from the Middle East and Africa can come to Europe in search of a better life and Europe should be prepared for it, Grabar-Kitarovic stated, adding that the refugee quotas should not be imposed from Brussels, but indicated by countries themselves.

Grabar-Kitarovic stressed that the European Union is currently undergoing a series of crises.

"We have a crisis of vision, strategy, and identity, and I fear, a crisis of leadership. These crises affect the level of unity, the level of solidarity," Grabar-Kitarovic said, adding that to respond to these crises, European leaders should coordinate their actions, rather than isolate themselves from the others, she said.

The annual meeting of European politicians and representatives of intellectual circles in the Austrian village of Alpbach has been taking place since 1945. This year, it focuses on the issue of "inequality" and the European refugee crisis caused by the inflow of refugees from the Middle East and North Africa.