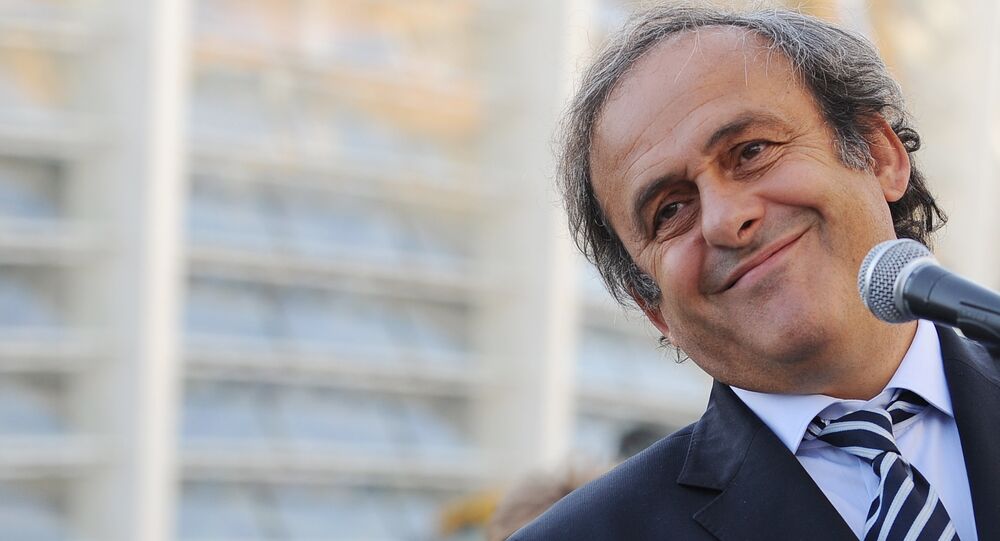 © Sputnik / Alexey Kudenko
UEFA Head Michel Platini Officially Announces Bid for FIFA Presidency
“I might visit Crimea soon… Why not? We are happy that they have launched their own league on the peninsula. It is very important to us at the UEFA to see football developing in the regions,” Platini said during a news briefing in Monaco.

A year ago three Crimean football clubs — TSK Simferopol (formerly Tavriya Simferopol), SKChF Sevastopol (formerly F.C. Sevastopol) and Zhemchuzhina Yalta — played in a qualifying round of the Russian Cup, in violation of UEFA and FIFA rules.

They were set to begin the season in the third tier of Russian soccer after a vote by the Russian Football Union in July 2014.

In December their participation in the Russian Cup was suspended by UEFA, which helped organize an eight-team Crimean championship. The opening games were played on August 22-23, 2014.

The issue of the Crimean teams’ participation in the UEFA Champions League and Europa League tournaments will come up for discussion two years from now.