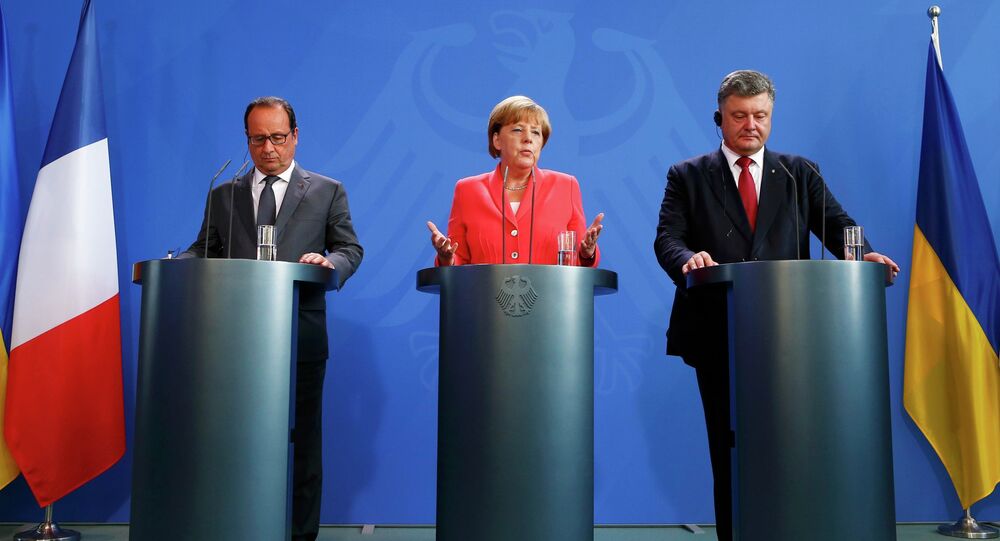 France and Germany are pressing Ukrainian President Petro Poroshenko to ensure partial self-rule for the country’s independence-minded east before the upcoming local election there, Ukrainian media reported on Saturday.

Article 4 of the 13-point Minsk Protocol outlined the modalities of conducting local elections in particular districts of Donetsk and Lugansk regions and their future status.

Article 11 described decentralization of particular districts of Donetsk and Lugansk regions and their special status as the key elements of the proposed constitutional reform in Ukraine.

Briefing the media after the talks, Angela Merkel said that  the three leaders had gathered in Berlin to endorse the Misk-2 accords, which she described as pivotal to a peaceful settlement of the Ukrainian conflict.

Addressing members of his Solidarity bloc shortly before the August 24 trip to Berlin, Petro Poroshenko said that the proposed constitutional reforms ruled out any federalization or other special statuses for any part of Ukraine.