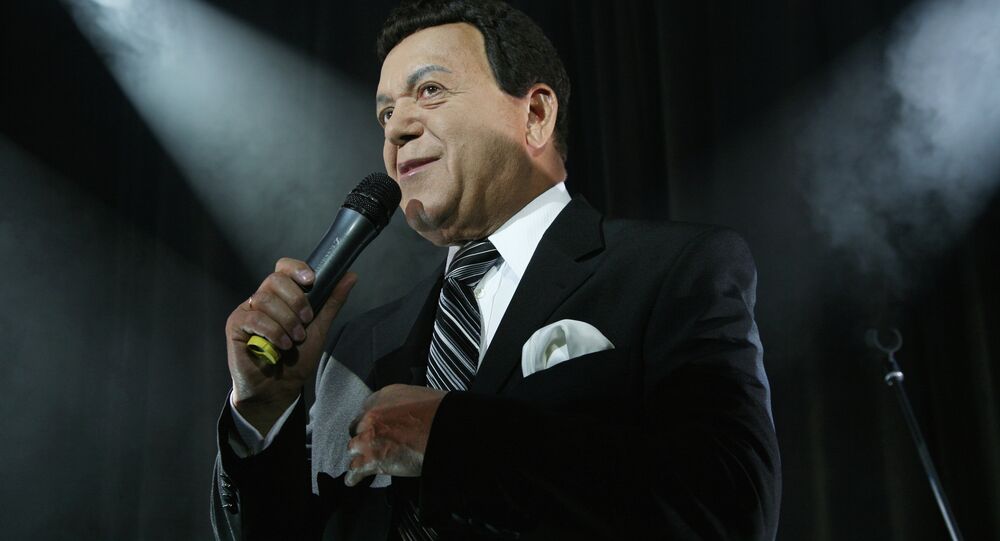 Legendary Ukrainian-born Russian singer Joseph Kobzon, known for his crooner style and dubbed by many Western observers as the 'Soviet/Russian Frank Sinatra', has challenged President Petro Poroshenko and Arseniy Yatsenyuk to a literary duel, saying that he knows Ukrainian poetry better than either of them.

"I am prepared to sit down with both Poroshenko and Yatsenyuk, to have a competition to see who really knows how much poetry in Ukrainian. They are constantly making declarative statements, and it's disgusting listening to them," the singer said, giving an interview for Russian News Service radio on Friday.

The legendary crooner, born in the town of Chasiv Yar in the Donetsk region, added that "the people of Donbass have always spoken Russian, while learning and respecting the majesty of the Ukrainian language and the beauty of Ukrainian literature and art."

Kobzon emphasized that not only Donbass, but also Kharkiv, Odessa and Dnipropetrovsk, Ukraine's second, third and fourth largest cities, have also always preferred Russian for day to day communication.

© Wikipedia / Rockman
Deep Purple's Ex-Vocalist Turner Professes His Love for Russian Crimea
The outspoken 77-year-old singer, who saw his music banned by Kiev for his support of Donbass's independence and autonomy supporters in the aftermath of the Maidan coup, was declared a persona non grata in his historical homeland. Kobzon was also listed among Russian officials and public figures hit with a travel ban to the EU following the imposition of Western sanctions against Russia for its alleged interference in the Ukrainian civil war. Recently, he received a European visa for medical treatment, on the personal initiative of the Russian president.

In May, in the course of one of his several visits to the Donbass region since the onset of the Ukraine crisis, Kobzon called the Ukrainian president and prime minister the "butchers of Donbass."

"I know Donbass very well; I am a native of this place, and cannot stay away, cannot look at what's going on here without feeling a pain in my heart," the singer noted during his visit, bringing with him humanitarian aid and offering a free concert to local residents.