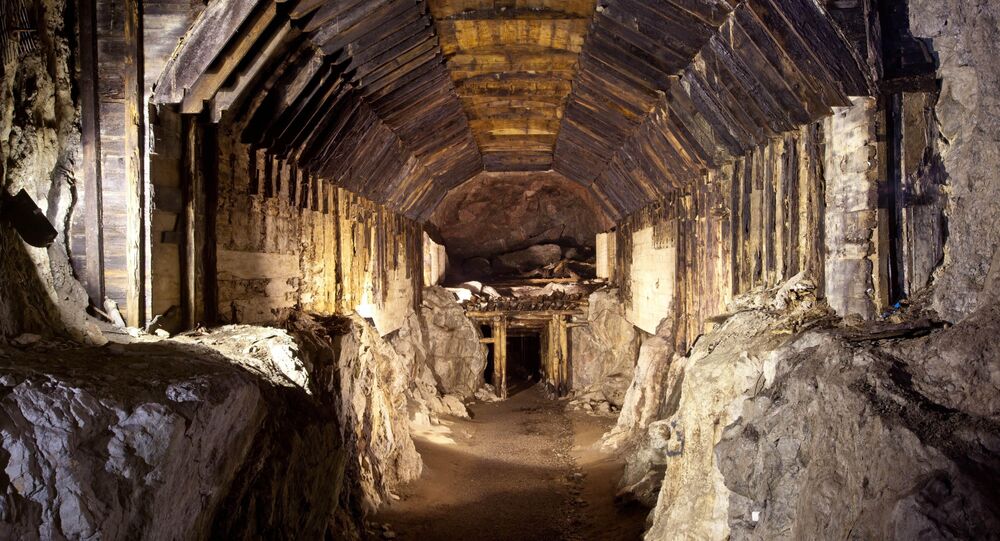 Polish and German treasure hunters are seeking a financial reward for finding a fabled 'Nazi gold train' dating from the Second World War, in the Polish town of Walbrzych.

© AP Photo / U.S. National Archives, File
German Court Postpones Trial of 96-Year-Old Nazi Commander
A Pole and a German claim to have found a legendary Nazi gold train in Poland, 70 years after it pulled out of Wroclaw (formerly the German city of Breslau) carrying a trove of gold and other valuable treasures, before the advancing Soviet Army could take command of the riches.

Instead of arriving at its planned destination of Swiebodzice, it is alleged that the train was lost without trace in the mountains around the town of Walbrzych, the same region in south-west Poland where the two men now claim to have found it.

It is estimated that during the course of the Second World War, Nazi Germany plundered approximately $550 million in gold from the governments of the countries it occupied. In addition, the Nazis took gold from individuals, particularly victims of the holocaust, who were searched in concentration camps for gold, including their gold teeth.

© AP Photo / Czarek Sokolowski
Poland's Coal Habit Kills 43,000 People Each Year
The two men were represented at a press conference in Walbrzych on Wednesday by lawyers, who relayed the pair's demand for a reward of ten percent of the value of the train's cargo, in return for revealing the location of the train.

The local Walbrzych magistrate confirmed that local authorities had received notification of the discovery, and said the management of the case has been transferred to the Poland's Ministries of Defense, Finance, and Culture and Heritage; if the gold train haul is found, it will become the property of the Polish state.

"The letter does not contain the exact location of the train, but there is no doubt that the find is on the territory of our province," announced the magistrate, who was skeptical about the claim of the treasure hunter.

"This is a military train, and in its description there is no proof that it contains riches. More than likely, this is military equipment."

© AFP 2021 / JANEK SKARZYNSKI
This photo taken on November 21, 2014 shows Ksiaz castle in the underground of which may be hidden the "Nazi gold train," according to Polish treasure hunters
Krzysztof Szpakowski, spokesman for the Ksiaz castle complex in the province of Walbrzych, which was seized by Nazi troops in 1941, was more hopeful that the find might be of more value:

"I think that the train might contain weapons and works of art. Narrow train tracks were laid all around the castle complex, and their construction was kept a strict secret."

"The site was very secure, and a very convenient transport route had been laid out. So, the notion that the train ended up around here is very plausible," said Szpakowski.

Revealed: UK Released 100s of Nazis Under US Pressure at Height of Cold War