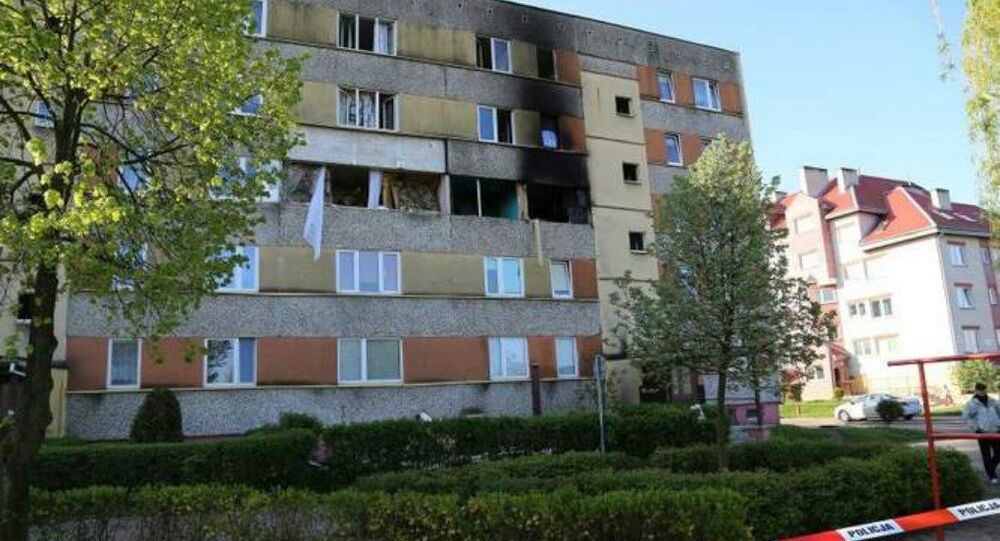 A 30-year-old man fearing a Russian invasion of Poland after watching one too many media reports accidentally blew up his flat in the northeastern Polish city of Bialystok. The man has since been declared insane.

© REN TV . Przemyslaw Wierzchowski
Does Poland Really Believe That Russia Wants War?
According to Polish television news program Wiadomosci, the explosion, which occurred in early May, rocked the apartment complex in the city's northwest, completely destroying three flats, creating an intense fire and flooding several more apartments as firefighters worked to extinguish the flames. Nearly 60 people had to be evacuated. Polish media called it a miracle that no one was hurt in the blast.

As Wiadomosci explained, the man had "anxiously watched media reports about what was happening in eastern Ukraine" and, "terrified that Russia would also want to seize Poland," secretly began collecting explosive substances, presumably to wage a guerilla war against the Russian invaders.

The flammable substances slowly released toxic vapors, and on the night of May 8, the cache exploded. The man, an active survivalist, was not at home at the time of the explosion.

The Bialystok prosecutor's office declared that the man's actions had endangered the lives of 18 persons. As Wiadomosci explained, the man was brought to trial and even pled guilty, but is unlikely to face jail time, since psychiatrists have declared him to be mentally insane.

© Flickr / sualk61
Poland Needs World Class Media, Not 'Festival of Lies and Russophobia'
Next month, the court will decide on whether to discontinue the criminal proceedings against the man, and to confine him in a secure psychiatric hospital, where he has been held since after the incident.

Neighbors of the deranged man told Wiadomosci that "we are afraid that one day he will come back," adding that "some of us are considering moving out."

Polish sociologists and political scientists have repeatedly criticized their country's media coverage of news relating to Russia, including the hysteria riled up by Moscow's alleged designs on Poland, which are also regularly talked about by the country's politicians. Earlier this month, commenting on the government's decision to create a Russian-language news agency to counter 'Russian propaganda', political science journal Obserwator Polityczny suggested that Poland needs to create a media resource the world can envy, instead of a "festival of lies and Russophobia."

Wikipedia / National Library of Australia
Polish Academic Asks: When Does Being Anti-Russian Become Simply Racist?
Last month, political scientist Kuba Benedyczak wrote an article in academic journal Nowa Europa Wschodnia, warning that the Polish media's anti-Russian frenzy now borders on "outright chauvinism and racism," adding that "all sorts of commentators, analysts, experts and scholars allow themselves to make [such] remarks with extraordinary ease," and without any social consequences.

Unfortunately, the situation doesn't seem very likely to change any time soon. Last month, Poland's National Security Bureau cooked up a draft of its new Information Security Doctrine, declaring that the country was in danger of 'enemy' infiltration and destabilization, and demanding additional resources and new legal resources to combat the apparent threat.