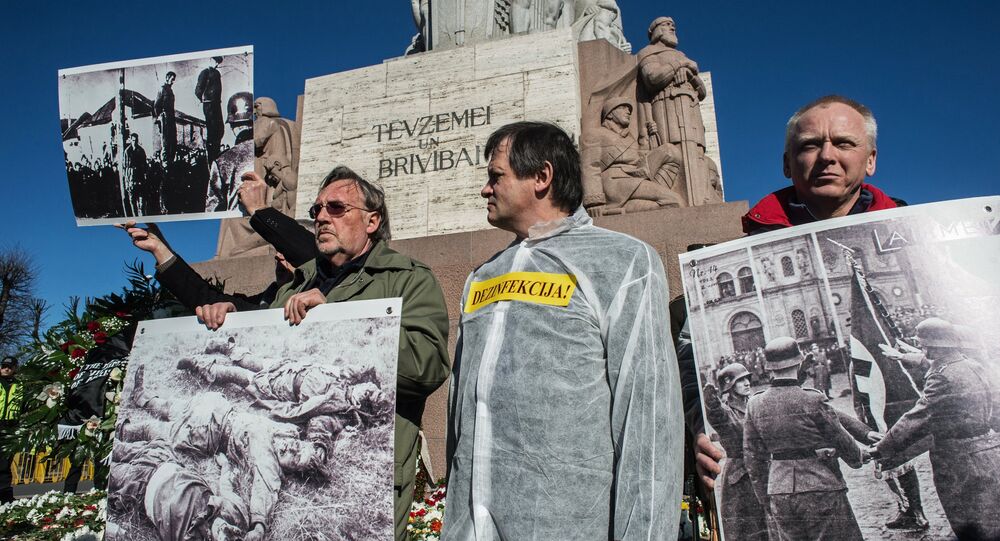 Lithuania booted two Latvian rights activists who arrived in the country to participate in a conference on issues of ethnic nationalism, calling them threats to its national security.

Alexander Kuzmin, an aide to European Parliament member Tatiana Zhdanok arrived in the country as a representative of the Latvian Human Rights Committee. The organization has in the past has received funding from the US government's USAID agency and the US government-financed NGO Freedom House.

"I plan to receive the text of the decision and not just the message about the ban, and to appeal it in a Lithuanian administrative court. I am an EU citizen and they have no basis for banning me from entry," Kuzmin told analytical portal RuBaltic.

© AP Photo / Efrem Lukatsky
Ukraine's Nazi Movement Now Contaminating Neighbors
The Lithuanian government also deported co-chairman of the Latvian Anti-Fascist Committee Joseph Koren. The two rights activists were in the Lithuanian city of Klaipeda, where they arrived to participate in a conference called "Ethnic Nationalism, a Threat to International Security and Stability."

"If people who fight against fascism and Nazism are deported from a state, then that state is fascist," Klaipeda city councilman Vyacheslav Titov, who took part in the conference said.

Lithuanian legislator Arvydas Anasauskas countered, as cited by Delfi, implying that the activists are financed by Russia and are in the country to "make connections." Anasauskas called the rights activists "propagandists and disinformants," saying that they "accomplished the portrayal of Baltic countries as Nazi states."

Speaking at a memorial dedicated to 32 Polish soldiers burned alive by Latvian Waffen SS troops in 1945, Goncharov called for those who celebrate Latvian Waffen SS veterans annually on March 16 to visit the memorial before wearing SS uniforms and medals in the streets of Latvia.