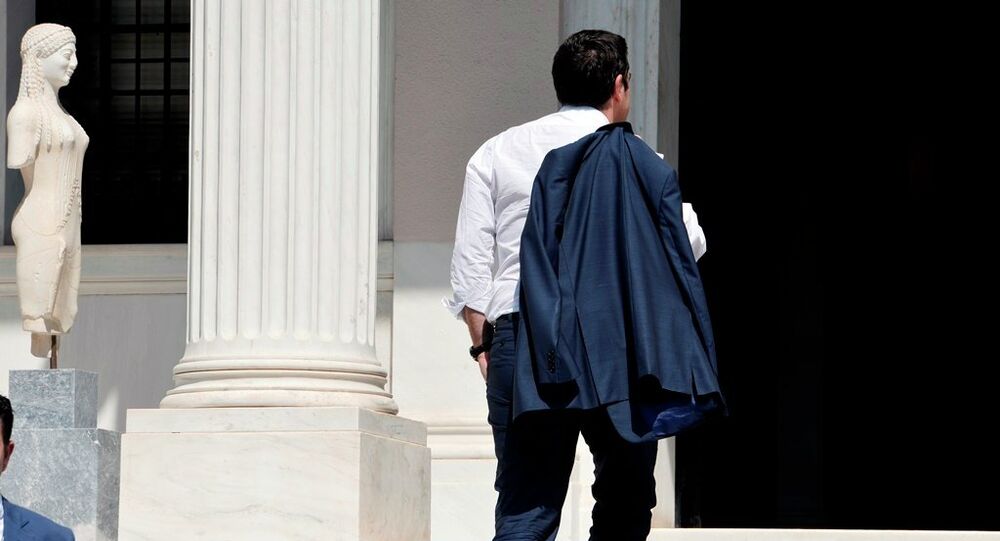 On Thursday, Tsipras announced his resignation to pave the way for early elections in a bid to secure popular support for his position on the bailout agreement with the country's creditors. The terms of the agreement include harsh austerity measures for Greece.

“He [Tsipras] believes that there were compelling reasons to sign this agreement, and there really were. But, all in all, I think he made a mistake,” Varoufakis said, as cited by the Le Soir news portal.

The former minister added that he voted against the agreement.

© AFP 2021 / ANDREAS SOLARO
Greek Finance Minister Varoufakis Resigns: 'I Shall Wear Creditors' Loathing With Pride'
Varoufakis, previously a key figure in the country's negotiation with its creditors, stepped down on July 6, stating that he had become aware that his resignation could help the prime minister reach an agreement.

On August 14, after months of negotiations, the Eurogroup approved the third bailout package for debt-ridden Athens, worth 86 billion euro ($99 billion at the current exchange rate), requiring in return more reforms, including tax increases and pension cuts.

The ruling Greek Syriza party had promised to revise Greece’s austerity measures, unpopular in the nation, after securing victory in the January election. When further austerity measures were nevertheless approved, the party split.