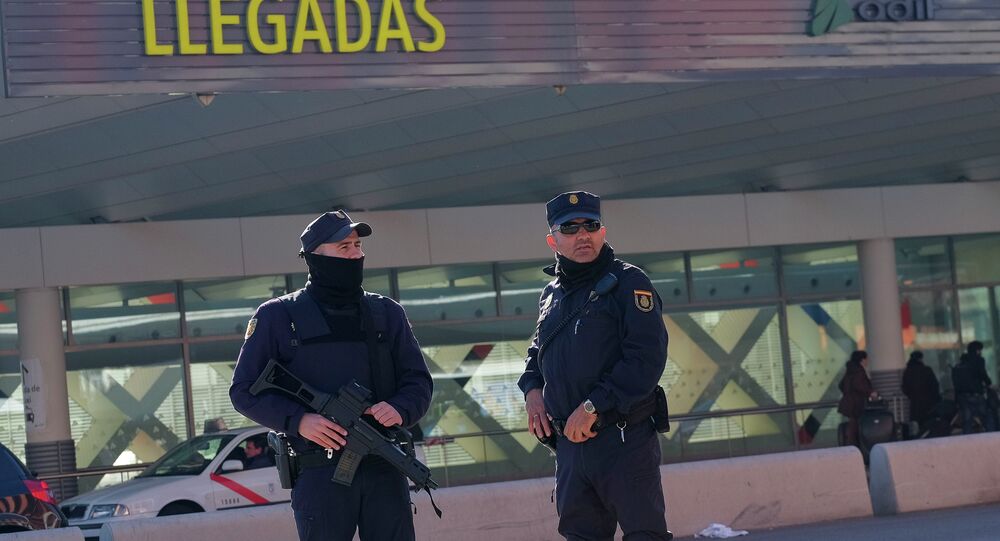 Europe is in danger of new terrorist attacks from about 800 Islamic militants who came back from Syria and Iraq, Spanish radio station Cadena Ser reported, citing European intelligence sources.

The issue of terrorism once again became one of the top priorities on the agenda of European leaders after a prevented terrorist attack on a train from Amsterdam to Paris last week.

According to the Spanish radio station, there are over 800 militants who were recruited by ISIL to carry out a series of terrorist attacks across Europe. It was ISIL members from whom a gunman involved in the train shooting incident last week obtained his rifle, the source reported.

Britain alone has over 350 potential terrorists who recently returned from the Middle East after fighting with ISIL, the radio station said.

© AFP 2020 / VALERY HACHE
Europe's Top Tourist Resorts at Highest Threat Level From Terrorists
Furthermore, some, like Prime Minister of Slovakia Robert Fico, claim that the current surge in the number of migrants fleeing to the EU may lead to the import of terror, as militants will try to sneak into Europe with the rest of the migrants.

"Libya is currently in utter discord, it practically does not exist as a state anymore…. And now we are being obliged to accept refugees from there. No one knows how many of them are heading to Europe looking not for a piece of bread and a job, but to expand terrorism," Fico said.

Europe is currently struggling with a spike in uncontrolled migration, as thousands of migrants fleeing conflicts in North Africa and the Middle East attempt to reach European coasts via the Mediterranean Sea.