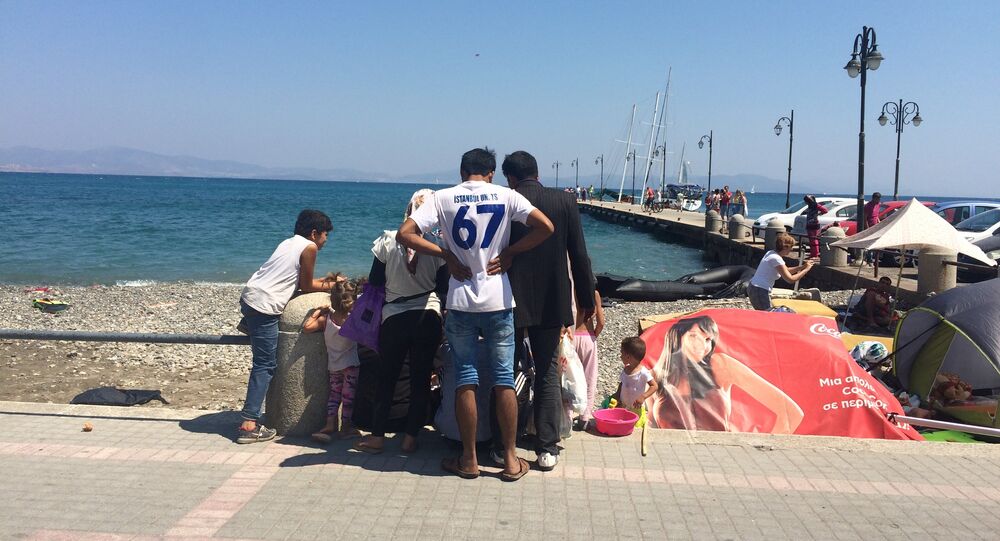 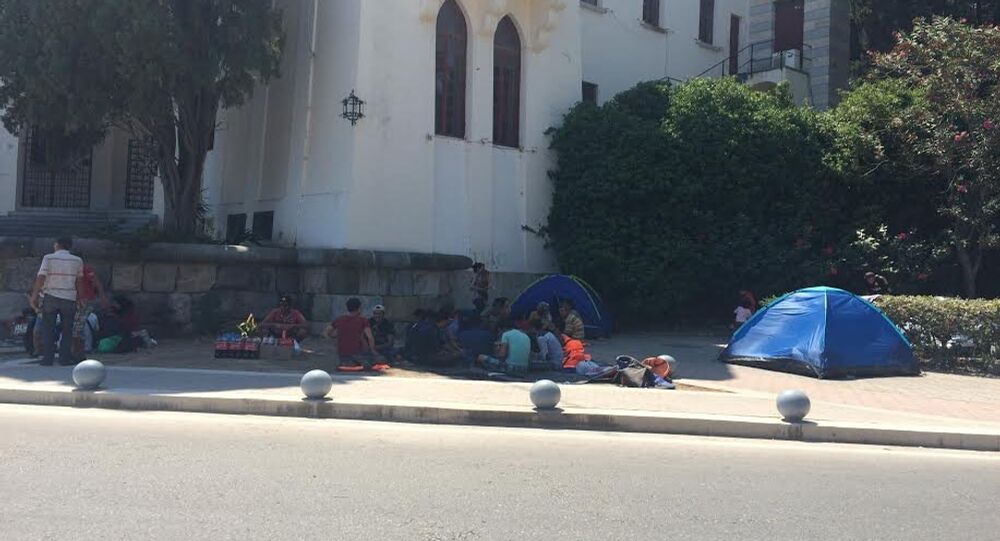 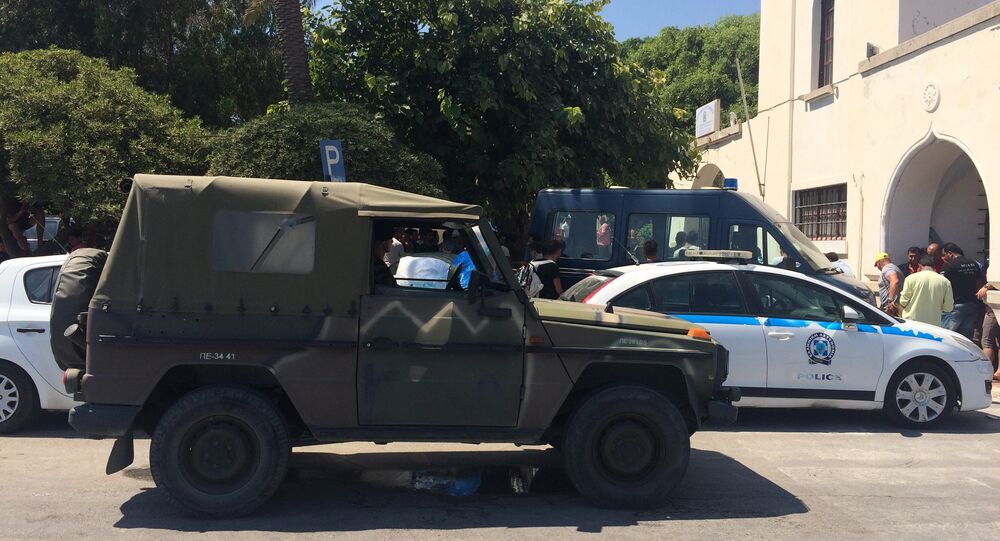 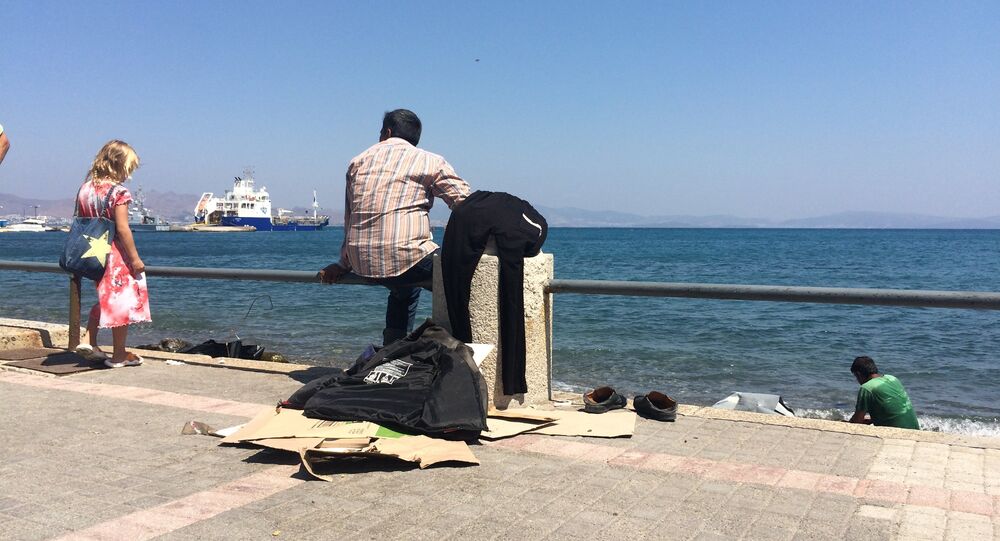 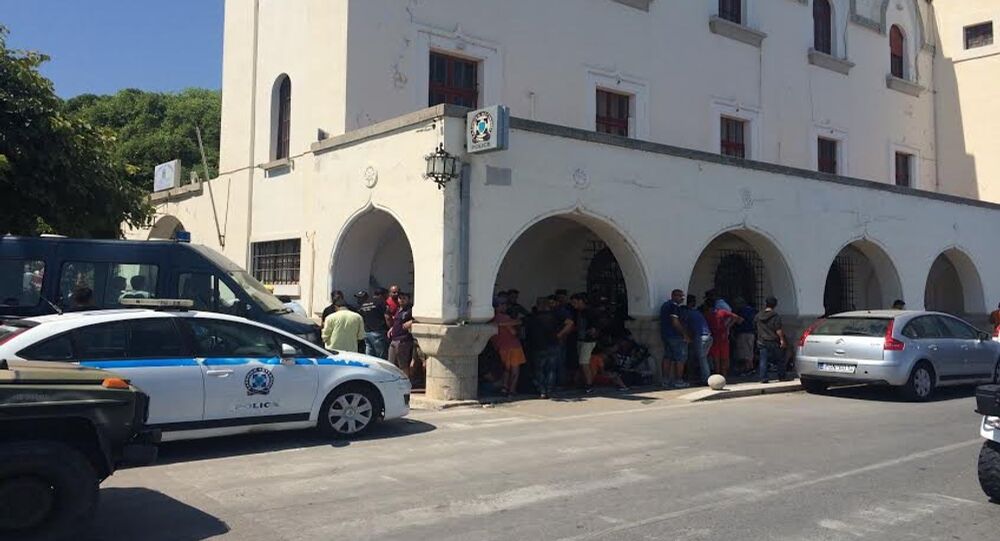 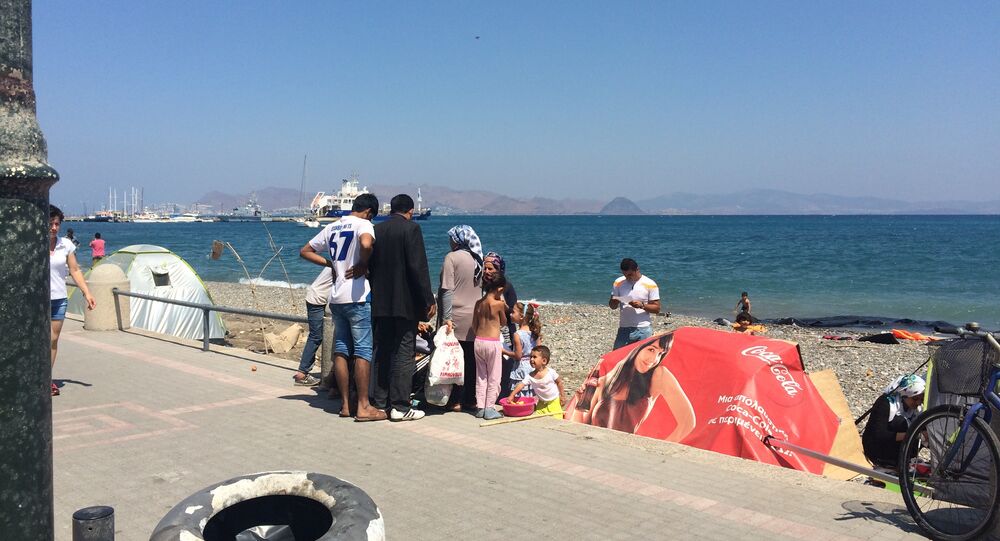 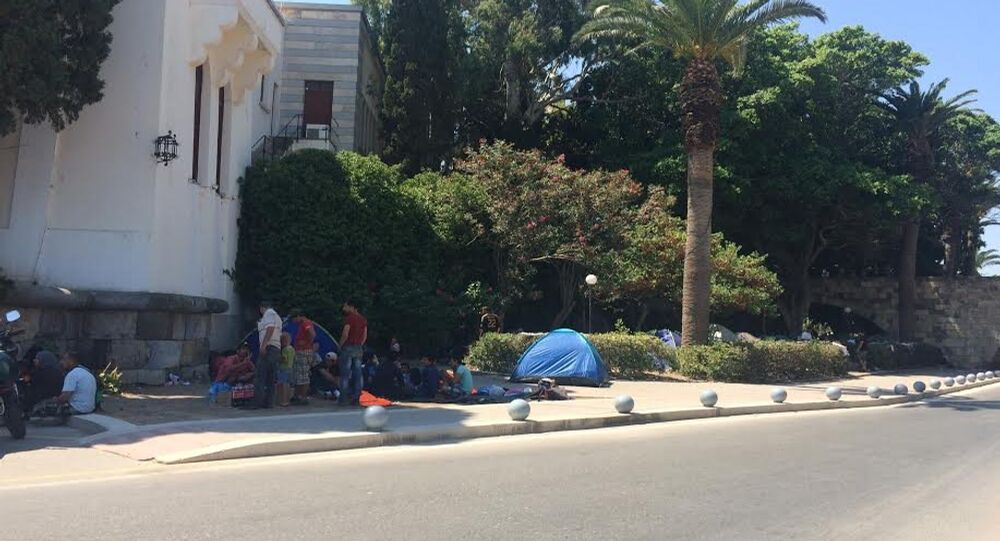 Warnings that the Greek islands were struggling to cope with the influx of refugees were issued two months ago by Amnesty International, which now says the islands are now in a state of chaos and squalor.

Kos, Chios and other Aegean islands have received record numbers of refugees and migrants crossing over from Turkey, with many forced to live in make-shift camps and sleep under canvas.

“You can see their tents all along the seaside walkway in Kos town and hundreds of refugees, mostly men, waiting at the police station”, a local businesswoman told Sputnik, adding that the situation is “bizarre”, with tourists tousling for the same space as the refugees.

© AP Photo / Alexander Zemlianichenko
Italian Foreign Minister Calls on EU to Urgently Address Migrant Crisis
“They are just waiting, sitting outside their tents on the sea front – just across from the multimillion pound yachts moored in the port”.

There is a sense that islanders on Kos have become used to the refugee crisis where rumors about how the migrants arrive continue to circulate.

“They are not poor, they have money. They buy cigarettes and international phone cards. We hear they pay to get on the boats to Europe and when they leave Turkey by sea to come over to Kos, the boats have to sink in order for refugees to be granted a certain status and accepted by rescue teams”.

“The Turks don’t want them”, she explains. “They send them all here, they give them life-jackets so that when the boats sink, they can survive and make it safely to our shore. You can see the life-jackets are Turkish.”

But with a sense of despair, a hotel owner told Sputnik that business has suffered because of the refugee crisis in Kos. “We haven’t changed, we’re still open, the restaurants are still serving food and we have the sunshine, but tourists don’t think it is safe and are choosing other islands instead of Kos.

“With the current economic situation we cannot afford this right now. Their situation is tragic but it’s also taking its toll on the Greeks”. He asks, “why should we be bearing such consequences?”

These visible consequences, forecast months ago, are now spreading across the islands, where the sense of desperation hangs in the air – and refugees can smell it.

© AFP 2020 / FRANCOIS LO PRESTI
Not Welcome: Europe Builds Fences to Keep Migrants Out - Spanish Media
“It smells…there is no soap, no clothes and everything is broken. There is nothing for the small children, not even milk,” a refugee on the island of Lesvos told Amnesty International.

“Yesterday morning they cut the electricity until lunch time and it smelt a lot in our rooms so we slept outside”.

Researchers witnessed refugees walking almost to the point of collapse in temperatures above 35 degrees Celsius with locals and tourists giving them food and water, not the Greek authorities.

Amnesty International is calling more EU financial and logistical support to be given to Greece to manage the crisis on Lesvos.

“This is not just a Greek tragedy, but a Europe-wide crisis”, says Gauri van Gulik, Amnesty International’s Deputy Director for Europe and Central Asia.

“It is unfolding before the eyes of short-sighted European leaders who prioritize securing borders over helping survivors of conflict. The world is seeing the worst refugee crisis since the Second World War.

“What Europe’s borders need is not fences but safe entry points for refugees and facilities to receive them with dignity,” says Gauri van Gulik.

But despite warnings and condemnations over the crisis in Greece, it seems Greek islanders have been left to pick up the pieces, and refugees and migrants are paying the price for a lack of financial aid from the European Union.