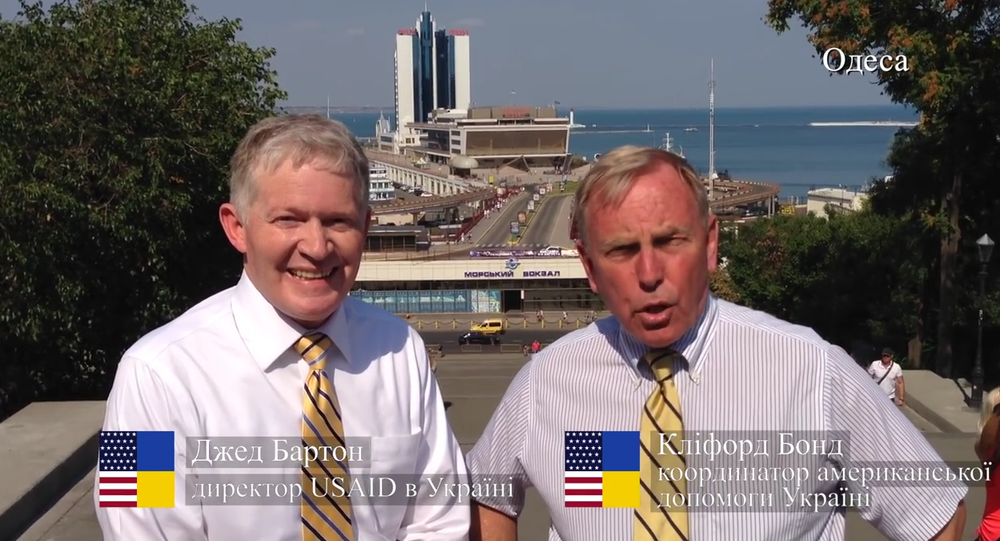 The US embassy in Ukraine released a video Sunday to wish Ukrainians a happy Independence Day.

The video shows US embassy staff and NATO personnel sending their  best wishes from various parts of this former Soviet republic.

US Ambassador Geoffrey Pyatt is shown standing in front of a Donetsk Region monument in a sign of US support for Kiev’s bloody crackdown on the independence supporters in Donbass.

Lined up in front of the camera, the NATO instructors cry out “Glory to Ukraine! Glory to Heroes!” — the slogan used by the Ukrainian Nazi collaborators during WW2 and now popular among modern-day Ukrainian nationalists.

US Congratulates Ukraine on Independence Day