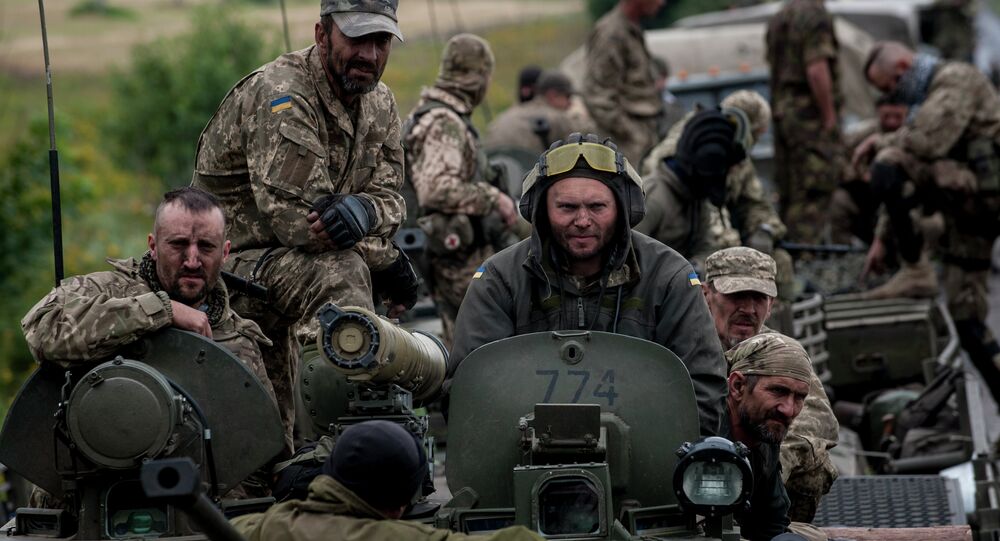 Ukrainian troops published a video address stating that senior commanders are not taking care of the army anymore and are profiting instead.

© AP Photo / Evgeniy Maloletka
No Peace in Sight: Kiev Is Determined to 'Keep Ukraine at War'
"I have a question for out commander-in-chief, our president. When will this mess end up? When will those people be stopped treated like animals? As for me, I’m personally ready to pick up a gun and march toward Kiev," a soldier said in the video.

Ukrainian troops continue to have financial and equipment shortages. More so, they are severely lacking food supplies.

According to some servicemen, Ukrainian forces are backing away from the frontline.

"They [senior commanders of the army] think they can keep the situation under control. But actually they are useless, they can control nothing," the soldier added.

He also said the army commanders are destroying the combat capabilities of the army when they withdraw experienced soldiers from the ranks and disband entire battalions.