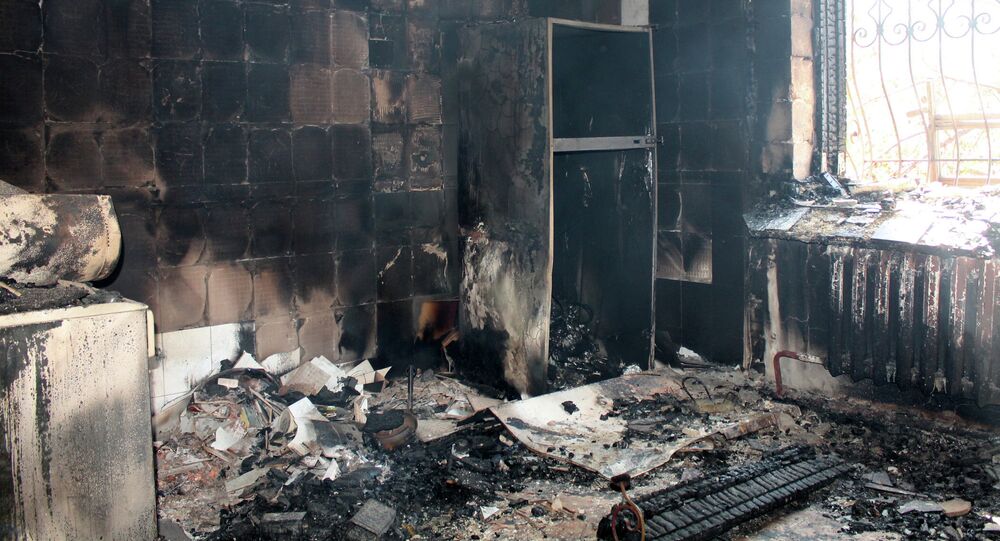 Kiev forces have shelled Ukraine’s Lugansk region using weapons that were supposed to be withdrawn from the country’s southeast under the Minsk agreement, the Emergencies Ministry of the self-proclaimed Lugansk People’s Republic (LPR) reports.

LUGANSK (Sputnik) – The shelling, which started on Friday morning, affected the town of Pervomaiske and a local village and injured one person, the ministry said as cited by the Lugansk Information Center late on Friday.

Fighting between Ukrainian forces and independence supporters in the country’s southeast started in April 2014, when Kiev launched a military operation in the Donetsk and Lugansk regions that were against the new coup-installed government.

© AFP 2021 / SERGEY VOLSKII
Kiev Gathers Huge 65,000-Strong Army on Frontline Near Donetsk
In February 2015 the two sides reached a ceasefire deal after talks between the leaders of Russia, Germany, France and Ukraine in the Belarusian capital, Minsk. The agreement had several provisions, including one on the withdrawal of heavy weaponry from the line of contact between the conflicting sides in Ukraine’s southeast and the granting of more autonomy to the Lugansk and Donetsk regions.

Both Kiev and LPR and DPR (Donetsk People’s Republic) have since been accusing each other of violating the terms of the agreement. Sporadic fighting has been reported in the southeast of Ukraine despite the Minsk ceasefire.

According to UN estimates, more than 6,800 people have been killed in eastern Ukraine since the beginning of the conflict in April 2014.