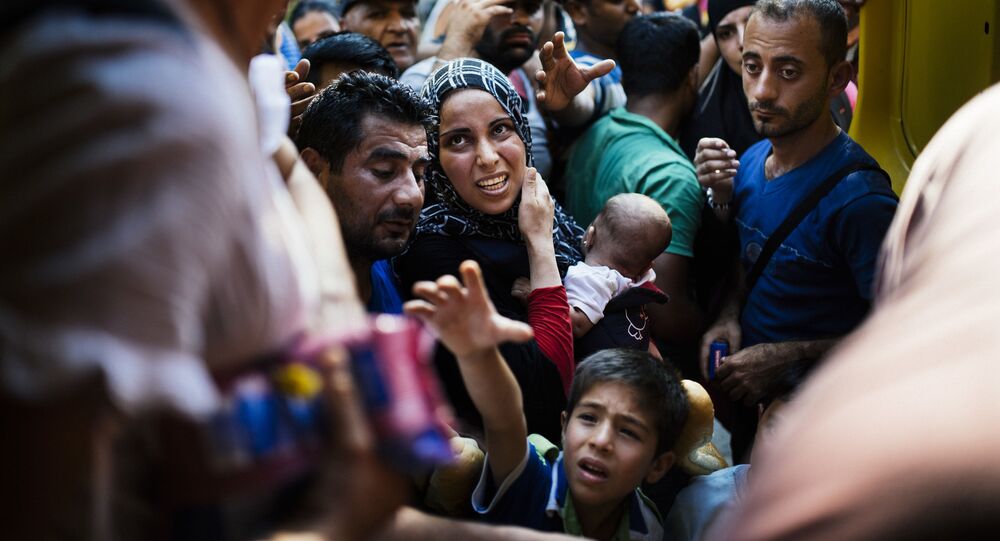 Europe is currently facing a major refugee crisis, as thousands of people from North Africa, the Middle East, Central and South Asia cross the Mediterranean Sea to escape conflict and economic hardship at home.

© AP Photo /
One in Four Migrants to EU Drop Out of School Early
MOSCOW (Sputnik), Alexander Mosesov — Only those undocumented immigrants of Muslim faith who would like to settle in Slovakia instead of using it as a transit country will be accepted, Slovakia's Interior Ministry Press Office Department told Sputnik on Friday.

On Wednesday, the country's government announced that it would take in 200 Syrian refugees as part of an EU migrant relocation program, stressing, however, that they must be Christian.

"We are a solidarity country, but for most migrants we are only transit country… If some Muslim people will come to Slovakia and will decide to stay in our country and ask for asylum, there will be a normal asylum process [for them]," the press office said.

© Flickr / Thierry Ehrmann
Western Legacy in Libya Leaves a Hole Filled by Migrants Fleeing for Europe
Slovakia's Interior Ministry insisted that the government's decision had nothing to do with religion and was not discriminatory. According to the ministry, it would be "very false and insincere solidarity" if the country accepted over 1,000 people who do not intend to reside in Slovakia.

"You can´t force somebody to live somewhere," the ministry spokesperson observed.

Europe is currently facing a major refugee crisis, as thousands of people from North Africa, the Middle East, Central and South Asia cross the Mediterranean Sea to escape conflict and economic hardship at home.

In May, the European Commission proposed a quota system for EU member states to evenly redistribute refugees throughout the bloc based on social and economic indicators for each member state. Slovakia, along with several other European nations, rejected the quota system, agreeing to a voluntary system instead.