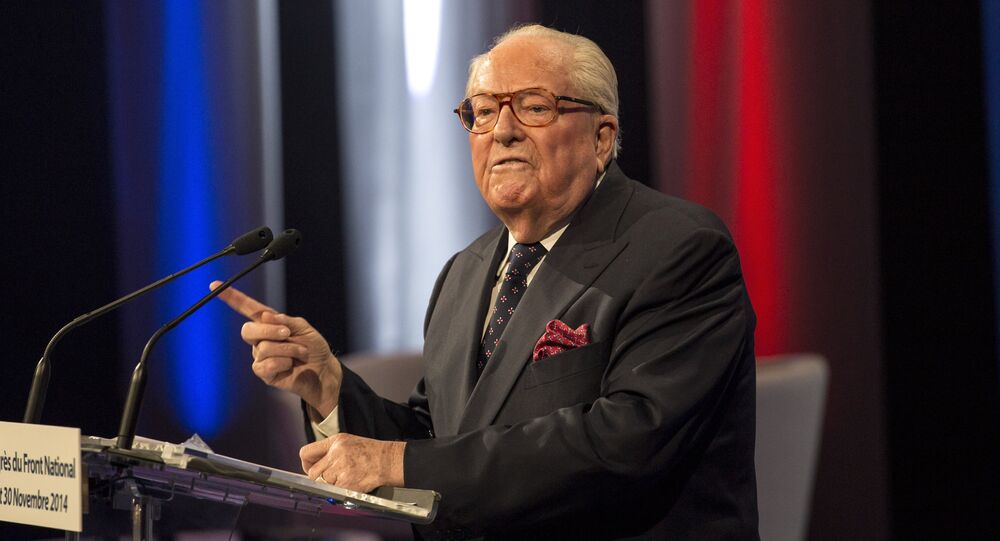 Jean-Marie Le Pen, who co-founded France's far-right National Front, was ousted from the party on Thursday over inflammatory and anti-Semitic remarks the 87-year-old provocateur made earlier this year.

The decision was announced in a statement hours after the end of a three-hour hearing by the party's executive bureau, during which Le Pen defended himself against a list of 15 complaints, the Associated Press reported.

"The full decision, including its reasoning, will be sent shortly to Mr. Le Pen," a National Front spokeswoman said.

Upon hearing reports of his expulsion from the party, Le Pen said he would appeal the decision.

"When they notify me of this decision, I will, of course, attack it before the competent authorities," Le Pen said, speaking to the I-Tele broadcaster.

In April, Le Pen reiterated comments from 25 years ago that gas chambers used by Nazi Germany to kill Jews were “merely a detail" of World War II, and said that France should get along with Russia to save the "white world."

The remarks prompted National Front President Marine Le Pen, the elder's daughter, to suspend him from the party. The younger Le Pen said her father, who held the title of honorary president for life, was committing "political suicide."

But the elder Le Pen successfully challenged his suspension in court and even barged onto the stage during a major National Front rally in May, Agence France-Presse reported.

Le Pen's daughter took over the party from him in 2011 and has tried to steer it away from its racist and anti-Semitic perceptions of the past.