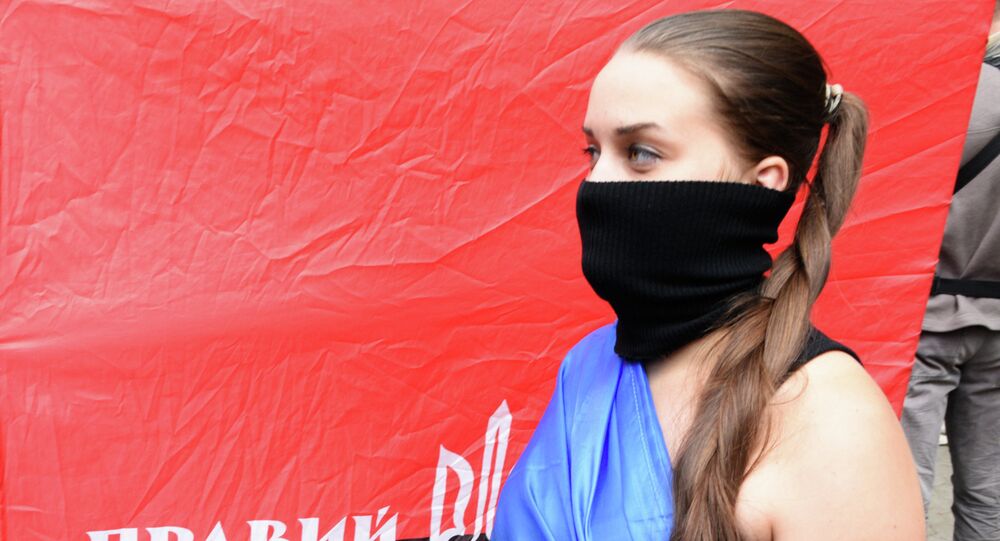 Ukrainian nationalist paramilitary and political Right Sector group was found to operate a training camp which advertises courses for children as young as 11 to use weapons, German television channel ARD's Fakt telemagazine reported.

The photographs on Right Sector's website show children handling weapons and receiving military training in western Ukraine's Uzhgorod, according to Fakt. Children's rights advocates have criticized the publication of the photographs and said that they are evidence that the political and paramilitary group is training child soldiers.

"The publication of images that showed children using weapons could also have a propaganda purpose, the opposite side could therefore be sent a signal: these troops will stop at nothing, even using children," Barbara Kuppers of the Terre des Hommes children's rights organization told Fakt.

Oleksandr Sachko, a regional Right Sector leader, downplayed the training camp to Fakt as not true military training, adding that it is "quite normal" and something the group must do to "encourage the younger generation."

According to Kuppers, the group apparently intends for the child soldiers to engage in spy and courier duties, not necessarily to take part in combat.