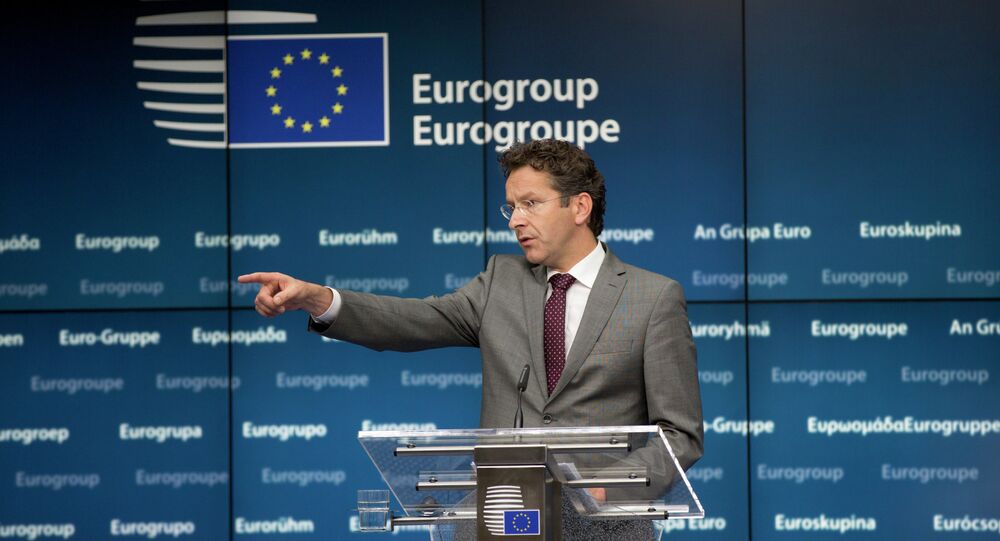 The Eurogroup will assess the possibility of extending Greek payments to alleviate the debt burden on the state budget following the first program's evaluation, the European Stability Mechanism (ESM) documents revealed Wednesday.

"Reliefs of Greek debt, such as a longer grace period [of debt repayment] and longer maturities, will be reviewed after the first program's evaluation."

The first audit of the country's bailout program will be held in autumn by the so-called "creditors' quartet" which refers to the International Monetary Fund (IMF), European Central Bank (ECB), European Commission, and a representative from the ESM.

If the quartet's assessment is positive, the country will receive the next tranche of the loan.

Under a new ESM lending program, Greece will begin to pay interest on its loans immediately after the program kicks off, and the body of the debt some fifteen years after the last tranche is delivered.

Greece owes more than $270 billion to its main international creditors, which are the International Monetary Fund, the European Central Bank and some eurozone nations.

After months of negotiations, Greece and its international creditors agreed in July on a deal providing bailout for Athens in exchange for austerity reforms.

German Parliament to Vote on Greek Bailout On Wednesday