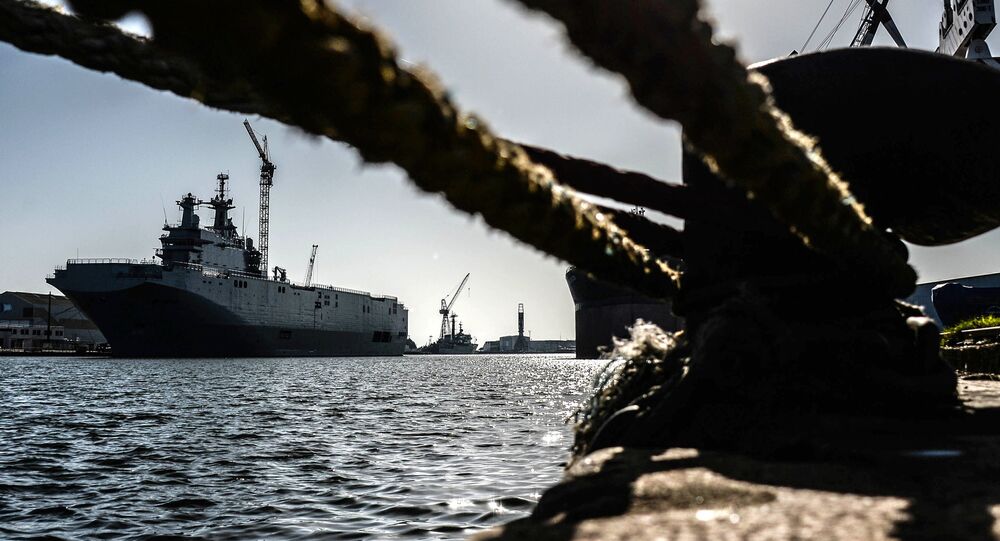 Former French President Nicolas Sarkozy blasted authorities' decision to terminate the country's Mistral helicopter carrier deal with Russia, saying that in addition to the penalty fee itself, the decision will also run France hundreds of millions of euros worth in ancillary costs.

© Sputnik / Sergey Guneev
Francois Hollande's Military Contract Capers Cost €54 Billion
In an interview for French daily newspaper Corse-Matin, republished Tuesday on the official site of Sarkozy's party, The Republicans, the politician appealed for calm, stressing that a new Cold War between Europe and Russia must not be allowed to unfold.

"The crisis in relations with Russia has already cost France's farmers hundreds of millions of euros in losses," the former president explained. "After more than 25 years since the fall of the Berlin Wall, do we really need a new Cold War between Europe and Russia? The answer is clearly: 'no'," he added, stressing the importance of continued negotiations.

Sarkozy, who served as France's president between 2007 and 2012, and who is likely to run in the presidential elections scheduled for 2017, also issued a sharp rebuke for President Hollande over France's refusal to honor its word in handing the Mistral-class helicopter carriers over to Russia.

"France has not kept its word. This sudden change of position will cost the French taxpayers a billion euros, plus several hundred million more, if we are talking about indirect side effects. I ask a very simple question: Does France have the resources to squander taxpayers' money in this way?"

Last week, France terminated its contract with Russia to supply Moscow with two Mistral-class helicopter carriers. According to French Finance Minister Michel Sapin, the country was forced to pay nearly a billion euros following the termination of the contract.

© AP Photo / Carolyn Kaster
Subordination Cost: French Citizens Pay High Price for US Imperialism
But French parliamentarians from Sarkozy's Republicans have since called on authorities to create a parliamentary commission aimed at verifying the amounts that France factually stands to lose as a result of breaching its contract with Russia.

In 2011, Moscow and Paris signed a 1.2 billion euro agreement for the purchase of two Mistral-class helicopter carriers. In November 2014, France suspended the delivery of the first ship, citing Russia's alleged participation in the Ukrainian conflict, a charge which Moscow has repeatedly denied. The two countries formally terminated the contract earlier this month, with the Kremlin announcing that Paris would be able to use the ships as it saw fit after Russian equipment was removed from them.