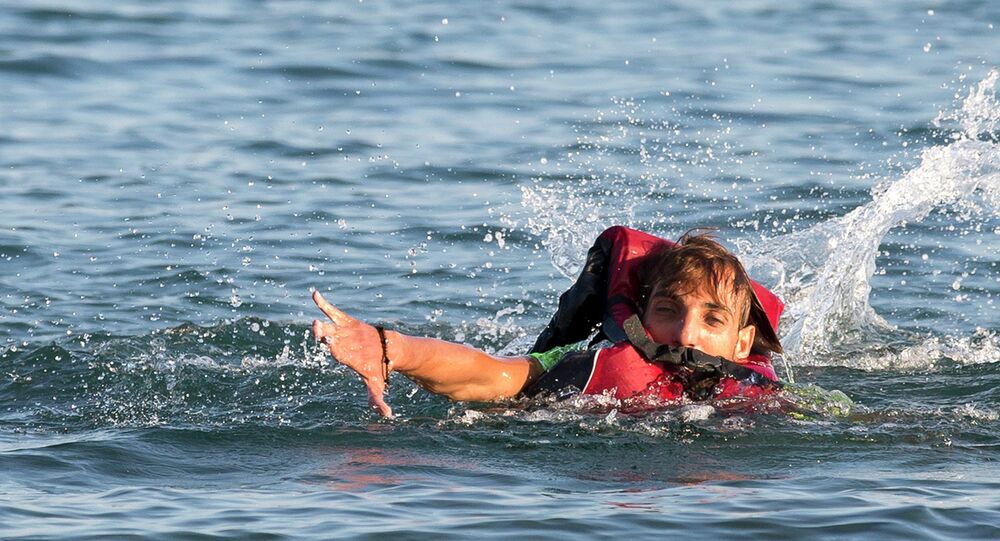 The number of migrants at the EU's frontiers reached a record high of 107,500 in July, Frontex, the EU external border protection agency said Tuesday.

BRUSSELS (Sputnik) — The figure is record-breaking since it exceeds 100,000 per month for the first time since Frontex started keeping records on the situation in 2008.

According to the agency’s data, the quantity of migrants tripled compared to July 2014.

The overall number of detections in the January-July period reached 340 000, the agency emphasized.

© AFP 2021 / RADEK MICA
Idea to Use Army to Secure Czech Borders From Refugees Shows Schengen Flaws
"This is an emergency situation for Europe that requires all EU member states to step in to support the national authorities who are taking on a massive number of migrants at its borders," Frontex Executive Director Fabrice Leggeri was quoted as saying in a statement.

Majority of the undocumented migrants entering the European Union came from Syria and Afghanistan, Frontex claimed, adding that most of them initially entered Greece from Turkey.

The European Union is currently facing an enormous influx of refugees, crossing the Mediterranean Sea to escape economic hardship and warfare at home.

Eight Arrested in Italy on Charges of Migrant Smuggling

Trump to Deport All Undocumented Migrants From United States as President

At Least 40 Migrants Die in Mediterranean