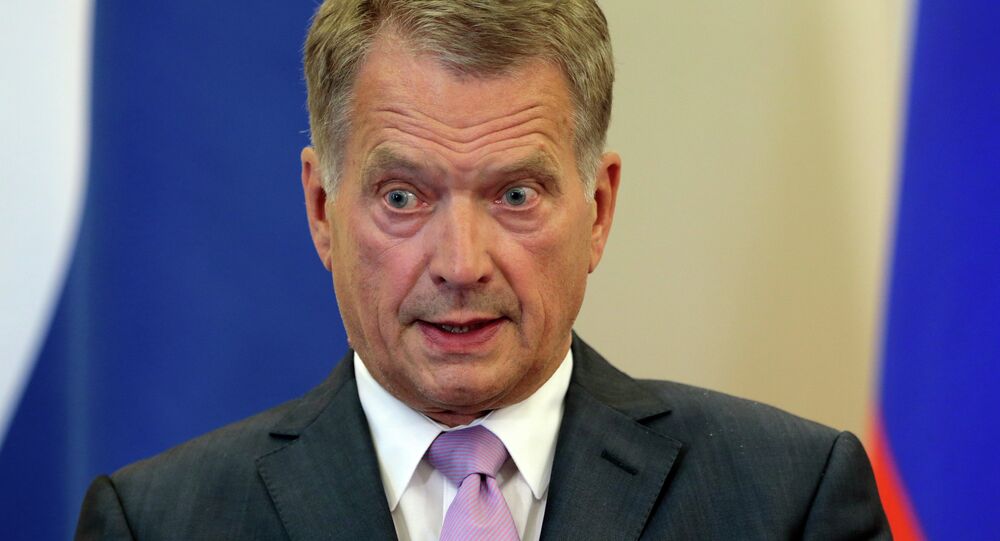 In spite of public demonstrations against cuts to the education budget, and a recent increase in military spending, Sauli Niinisto says Finland has been spending too much since 2007 and needs to start saving.

© Flickr / Haprog
Helsinki Confused as US Anti-Russian Sanctions Slap Finland
Despite public protests against spending cuts, Finnish President Sauli Niinisto told Finns on Monday that budget cuts are unavoidable in the face of serious economic troubles which stretch back to 2007, the seriousness of which are only beginning to be grasped.

"It is gradually becoming clear, that we are in a deep economic crisis. Normal measures will not suffice — we need to move to a new stage," he said.

"Finland has been living absolutely beyond its means since 2007," said President Niinisto, who took office in 2012 and is a member of the liberal-conservative National Coalition Party.

"Wherever cuts are made, it doesn't matter, in someone’s opinion they will always come from the wrong place," said Niinisto, commenting on public protests against cuts to the education budget, which were held in June in Helsinki.

Thousands gathered in the capital to demonstrate against plans to cut hundreds of millions of euros from the country's education budget, spanning from early childhood education to university level.

© CC BY 2.0 / Martin Nedermo / untitled-11
Finnish President Says Aland Islands Should Not Fear Russian 'Little Green Men'
Despite the call to cut spending, on Monday it was reported that an exception has been made for Finland's armed forces, which after three years of budget cuts, have tripled the number of reservists called up for refresher training courses in 2015, from 6,000 to 18,000.

In response to speculation that the increase is a consequence of spurious fears of a Russian invasion, Finland's Defense Minister Jussi Niinisto asserted that the increase was not related to preparations for armed conflict, but "rather an up-keep of learned military skills."

"This year we are training 18,000 reservists, which is already a satisfactory level. This is not a question of any war preparation," said Niinisto.

Military service is compulsory in Finland and lasts between 165 and 347 days. Reservists can later be called up for refresher courses, which last from five to seven days.