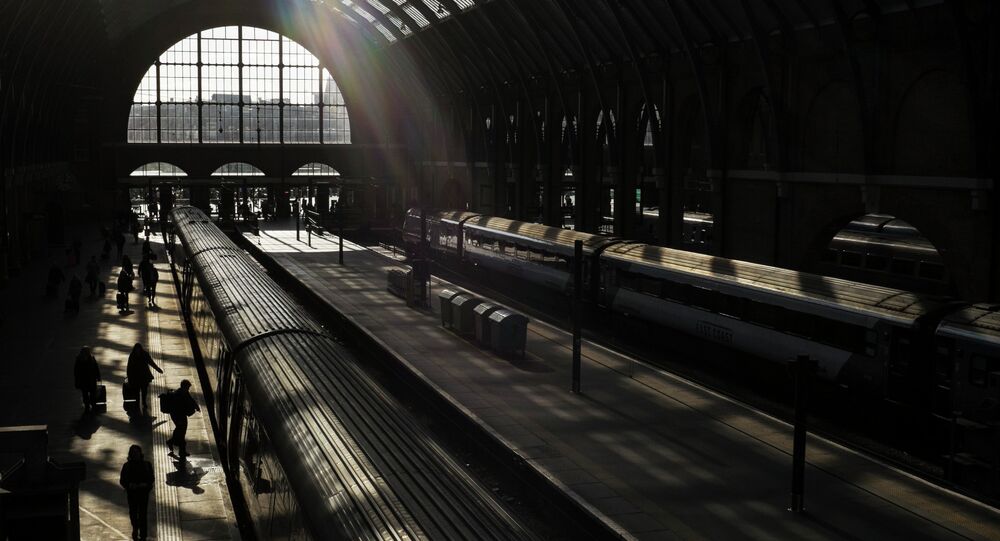 How Fair Are British Rail Fares?

Rail fares in Britain have risen nearly three times faster than wages over the last five years, according to a report from the TUC and rail unions. The report says that between 2010 and 2015 fares increased by 25%, compared to the average wages which only increased by 9%.

Analysis conducted by Action for Rail at the time of the most recent fare rise in January 2015 found that commuters on the UK's privatized railways could be spending more than twice as much of their salary on rail travel than passengers on publicly-owned railways in France, Germany, Spain and Italy.

In January 2016 British passengers will be asked to pay out even more for their rail fares.

Fares are rising again in January. Public ownership could save £1.5bn over the next 5 years — http://t.co/DXKvTOGlp9 pic.twitter.com/dJEJ4oa36d

Since British railways were privatized in mid-1990s ticket prices have skyrocketed, with much of the rise happening through so-called "stealth increases" as figures released by the Office for Rail and Road (ORR) last June revealed. Between 1995 and 2015 fares rose across all ticket types by an average of 117.2 per cent.

How rail fares have increased since 2006 pic.twitter.com/EthRnS6fbT

Under pressure from the public opinion and action groups the government has announced plans to cap annual increases in regulated rail fares at the Retail Price Index (RPI) measure of inflation for this parliament.

However, the public will finance the fare cap through tax increases in other areas. The capping of rail fares will cost taxpayers around £700 million over the next five years, according to Department for Transport figures.

Martin Abrams from the Campaign for Better Transport, says more needs to be done to improve the service railway passengers get, in particular when it comes to flexible ticketing for part time workers.

CBT research looking at flexible ticketing across Europe finds that in some form or other it is available in 20 countries, including France, Germany, Ireland, Portugal and Estonia, and says the UK is lagging behind. The campaign calls on the Government to begin a flexible ticketing trial that was announced in September 2013 and to introduce the tickets fully 'as a matter of urgency', saying commuters could save thousands of pounds per year.

At present British commuters are limited to a choice of buying a season ticket, or single journey tickets, and season tickets only provide savings when used for five out of seven days.

The report also highlights benefits for part-time workers, 75% of whom are women, and the 750,000 people on zero hours contracts.

The TUC says that far bigger savings could be passed onto passengers if services were run by the public sector. Research commissioned by Action for Rail shows that £1.5bn could be saved over the next five years if routes, including the Northern, Transpennine and West Coast Main Line, were returned to the public sector.

The research — carried out by Transport for Quality of Life — estimates that season tickets could be 10 per cent cheaper by 2017 if routes coming up for re-tender were run by the public sector. A third (£520 million) of this £1.5bn saving would come from recouping the money private train companies pay in dividends to their shareholders.

Govt now wants to spunk £700m of taxpayers money on capping rail fares. That's the economic 'credibility' of the 'centre' ground for you.

As for the performance of the British private operators the ORR data comparison between the financial years 1997-98 and 2014-15 shows that long distance journeys in this period were often cancelled or significantly late.

The idea of renationalizing British railways is supported by Jeremy Corbyn, the frontrunner to become the next leader of the Labour party. But it is dismissed as a "looney leftist" dream by his rivals in the leadership race. However, hardly anyone in Europe complains about state run railways over there.

The Corbyn Express is scheduled to pull into King's Cross to promote his rail nationalisation proposals. pic.twitter.com/8SE5jqhAxF

Public ownership of the railways, says Action for Rail is consistently popular, as the successive opinion polls show, and could fund a substantial reduction in fares while making significant efficiency savings, by "reducing the wastage that has occurred through the broken system of privatization".

There are loads of rail fares which cost upwards of £600 for a return. I've flown to Manila for less than that. What a bloody rip off.

Bringing the railways into public ownership, Action for Rail, says would ensure a much fairer system that delivers a better deal for the public, for passengers and for taxpayers.

On 18 August Action for Rail and coalition partners are holding a protest at London Waterloo and local stations throughout England and Scotland.

Robbed Blind: Why Britain Is So Expensive