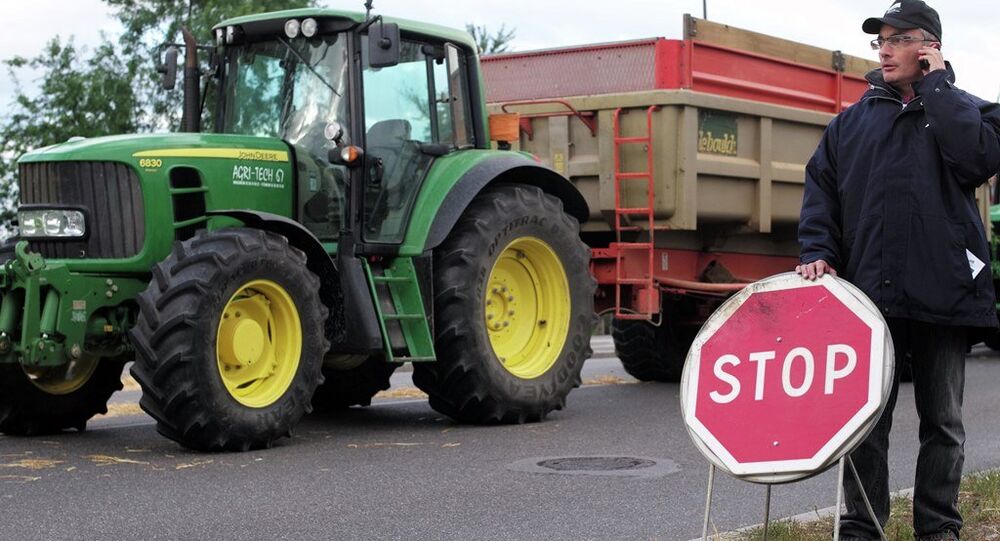 Protesting farmers blocked roadways to food storages in northern France on Monday protesting against the import of cheap produce from Eastern Europe.

The protesters said the crisis in French agriculture was being caused by "inconsistent EU regulations and restrictive French rules” along with plummeting prices for French produce.

According to farmers' unions the falling prices of beef, pork and milk are crippling their incomes.

Losses have been attributed partially to a Russian ban on the import of certain foods from the EU, which has sent consumer demand and purchasing prices plummeting down.

The government has announced that it will support the farmers with a €600 million aid package, but the protests are expected to continue as many feel this is not enough and long term solutions are needed.

The protesters threaten to block the roads leading to other big cities across France if their demands are nor met.

Belgian Farmers to Organize Mass Protest in Brussels Next Month