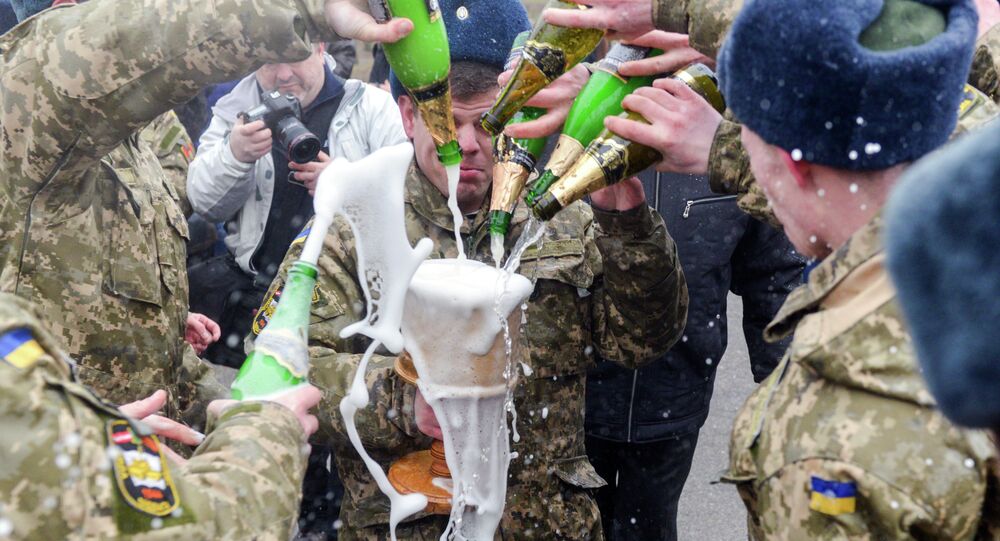 The residents of Novgorodskoe in Donbass planned on spending a warm August day on the beach, but unfortunately fell target to Ukrainian troops, who were shooting locals for pleasure, local wire agency Novosti Donbassa reported.

“Troops attacked the security guard of the pond and broke his ribs. They were shooting the people from the opposite side of the pond with submachine guns! Beachgoers with children were running in all directions!” information agency Regnum quoted local residents as writing about the accident on the social networks.

© AFP 2020 / SERGEY BOBOK
Draft Dodgers Extraordinaire: Ukrainians Become Jehovah’s Witnesses to Avoid Conscription
The military command has detained three shooters, Regnum reported. They all appeared to be drunk while shooting and the main reason for opening fire was allegedly for their own pleasure.

No injuries or casualties were reported.

The authorities of Dzerzhinsk, the nearest city to Novgorodskoe settlement, along with local military command have held an urgent meeting over shooting incident. The members of the OSCE monitoring group also attended the meeting, Novosti Donbassa reported.

According to social media reports, the local residents are concerned over possible reopening of military operations in the area on the upcoming weekend. Officials recommended the citizens from Dzerzhinsk outskirts to leave their homes for the next couple of days.

This is not the first accident in Donbass, involving the Ukrainian troops. On the August, 9, a soldier, driving a truck struck and killed the boy from the village of Georgiyevka in the former Donetsk Region.