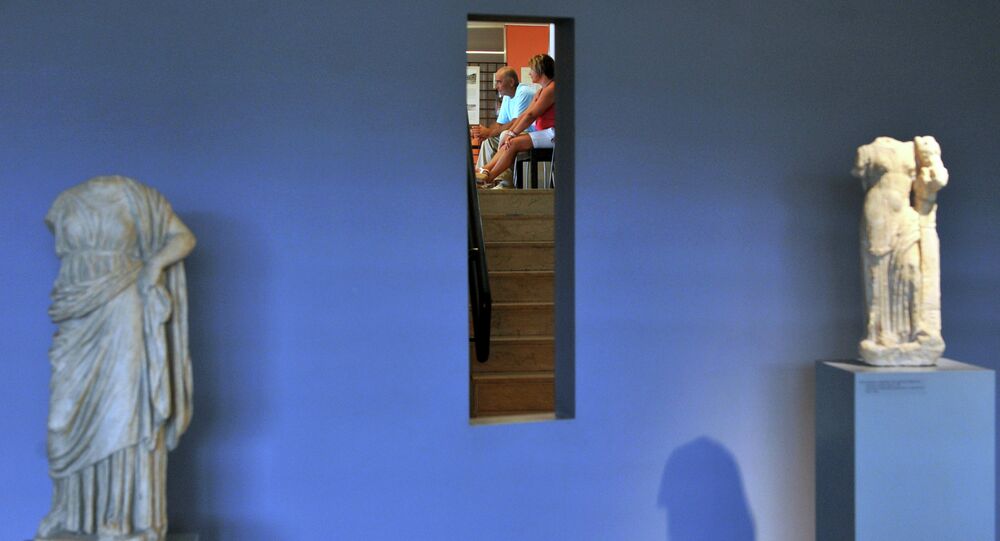 Big Greek Deal Saves the Country But Splits a Nation

The Greek government has approved a three year deal with the Troika to save the country from exiting the currency union.

In the final act of Greece's economic tragedy, Prime Minister Alexis Tsipras sombrely told members of parliament ahead of the vote: "We had no other option than to agree this painful package to pull back from the brink.

"It was a decision we took to keep us alive as a nation. Anything else would have marked collective suicide."

With tired rhetoric ahead of the vote, Tsipras defended his decision to concede to the severe austerity measures and debt repayment timeline set by the Troika: the European Central Bank, the European Commission, the International Monetary Fund and the European Stability Mechanism rescue fund.

His government "had taken on the responsibility to continue to fight rather than commit suicide and then go running to other international forums saying it wasn't fair that we had to kill ourselves."

After lengthy discussions during the night, the bailout deal was finally approved by 222 votes to 64 with 11 abstentions.

After six months of negotiations, protests and a referendum, Greece is set to receive a bailout of $96 billion (€86bn) over three years. The money will stop the country from defaulting on a debt repayment to the ECB next week.

#greecebailout can’t wait to hear from @yanisvaroufakis on this. No matter what the Greek people vote for, “Bailouts” follow

The deal may be done — but the drama is far from over.

Tsipras: In a few hours, Schaeuble and his allies will try and take back what has been agreed #Greece pic.twitter.com/4fiXVInbYN

"I think sooner or later we will have to have another round of talks which won't help the spirit or the vibe of uncertainty that is rampant amongst Greeks," Elias Papaioannou, Associate Professor of Economics at the London Business School, told Sputnik.

"It's a good deal, given the mistakes of the last six months and the indecisiveness of the current administration to proceed with policies. But I'm afraid implementing these policies is going to be really tough."

But tough seems to be what Greece's creditors, mainly Germany, want to hear.