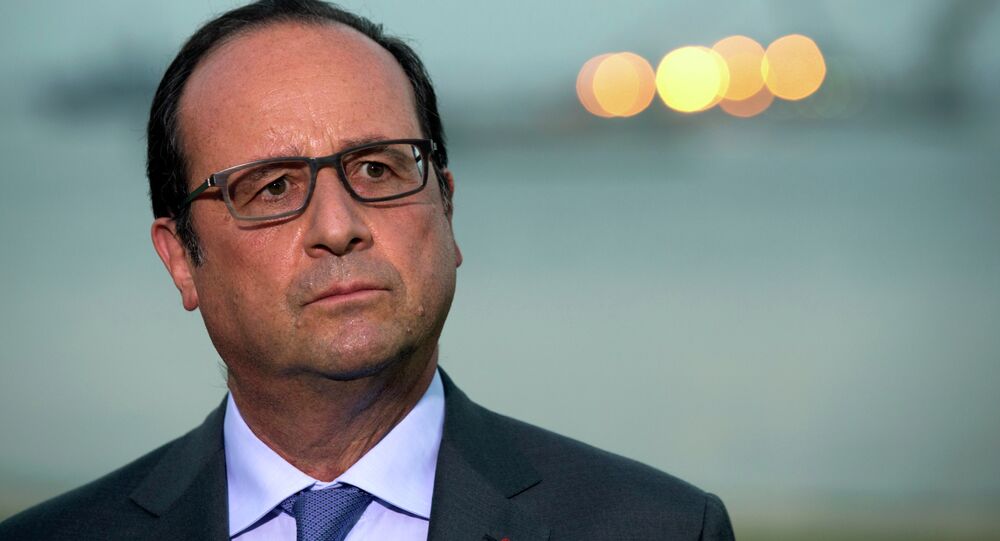 French President Francois Hollande faces pressure from both Nicolas Sarkozy's and Marine Le Pen's parties after a newspaper revealed that the true cost of breaking the Mistral contract with Russia may be more than double the declared sum.

The finding led both Nicolas Sarkozy's Republicans party and Marine Le Pen's National Front to criticize President Francois Hollande. Sarkozy's party demanded the creation of a parliamentary committee while Le Pen's called for Defense Minister Jean-Yves Le Drian's resignation. France cannot afford to keep the ships for itself and would have to resell them to a third country, likely at distressed prices, according to reports.

According to the publication, France paid back the 896 million euro ($996 million) advance payment, together with another 100 million euro ($111 million) in compensation for Russia's refitting of its helicopters for the amphibious craft.

French legislator and President of the National Assembly, Socialist Party member Claude Bartolone blasted the report, saying "What I know is that I had a long discussion with the Prime Minister and he said <…> that the set of figures will be announced and formalized in the fall. He did not go into the details of the numbers, but it's going well, according to what the Prime Minister told me."

Both Marine Le Pen's National Front and Nicolas Sarkozy's Republicans party came out with criticisms of Hollande for his decision to back out of the Mistral deal with Russia.

© AFP 2021 / KIRILL KUDRYAVTSEV
Marine Le Pen Slams Paris Over Termination of Mistral Deal With Moscow
Nicolas Sarkozy, the former French president, was in charge during negotiations which secured the deal for France. At the time, many political analysts saw the deal as a show of warming relations with France, following Sarkozy's role in negotiating the end of the 2008 South Ossetia crisis.

Le Pen's National Front party put out a communique saying that the "astronomical cost" of the broken deal adds "indecency to the ineptitude of this decision." The party communique added that the money could have instead been used to solve budget issues of local governments or to build a new aircraft carrier for France itself.

Who is Lining Up for Mistrals? Egypt, Saudi Arabia Rumored to Be Interested