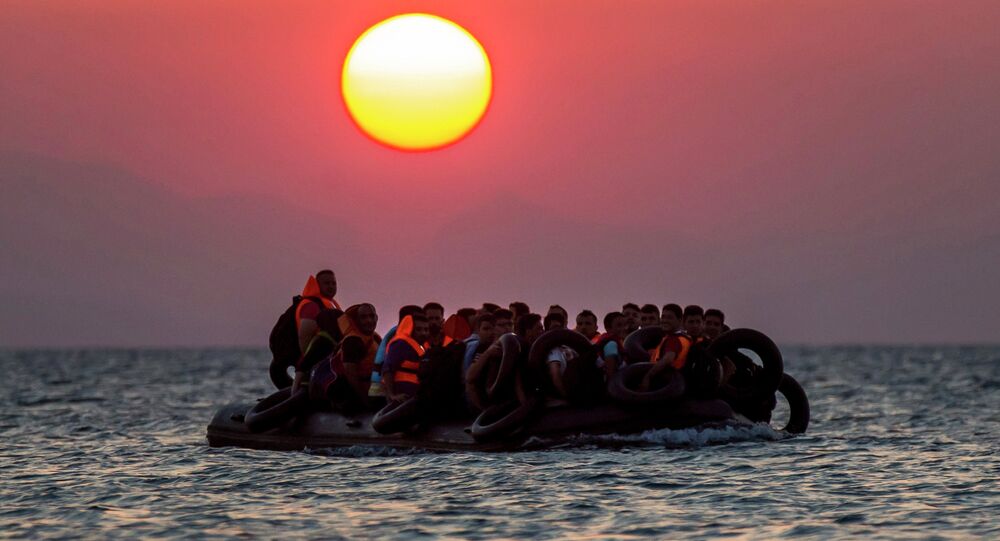 Commission spokeswoman said that European Commissioner for Migration Dimitris Avramopoulos is currently in Athens, and will outline support measures the commission can offer to help Greece deal with the record number of migrants arriving in the country.

© AP Photo / Alexander Zemlianichenko
Greece: A Country in Economic and Migration Mess
MOSCOW (Sputnik) – European Commissioner for Migration Dimitris Avramopoulos is currently in Athens, and will during his visit outline support measures the commission can offer to help Greece deal with the record number of migrants arriving in the country, a European Commission spokeswoman told Sputnik on Thursday.

Earlier this week, about 1,500 undocumented migrants were locked inside a stadium on the Greek island of Kos awaiting registration. The migrants started protests, and the Greek police had to use batons and fire extinguishers to calm them down.

"Commissioner Avramopoulos is in Athens today to meet with 6 Greek Ministers: the Minister of the Interior and the Ministers responsible for Migration, Coordination of government work, Public Order & Citizen Protection, Maritime Affairs and Health and Social Security," Natasha Bertaud said in an e-mailed statement.

Bertaud's statement comes as record numbers of refugees flee conflicts and poverty in the Middle East and North Africa, and land in southern Europe, including Greece.

"The Commissioner will outline what the Commission can offer in terms of support to assist Greece in dealing with the high influx of migrants arriving in Greece and in particular in Kos," she added.

The spokeswoman noted that a record number of of 49 550 migrants arrived in the European Union through Greek borders in July, surpassing in a single month the number of migrants detected in the region in the entire 2014.

Last week, the Office of the UN High Commissioner for Refugees (UNHCR) said that the number of refugees arriving in Greece in the first seven months of 2015 had risen over 750 percent compared to the same period last year.

Greece and Creditors Agree to Budget Targets Ahead of Bailout Deal