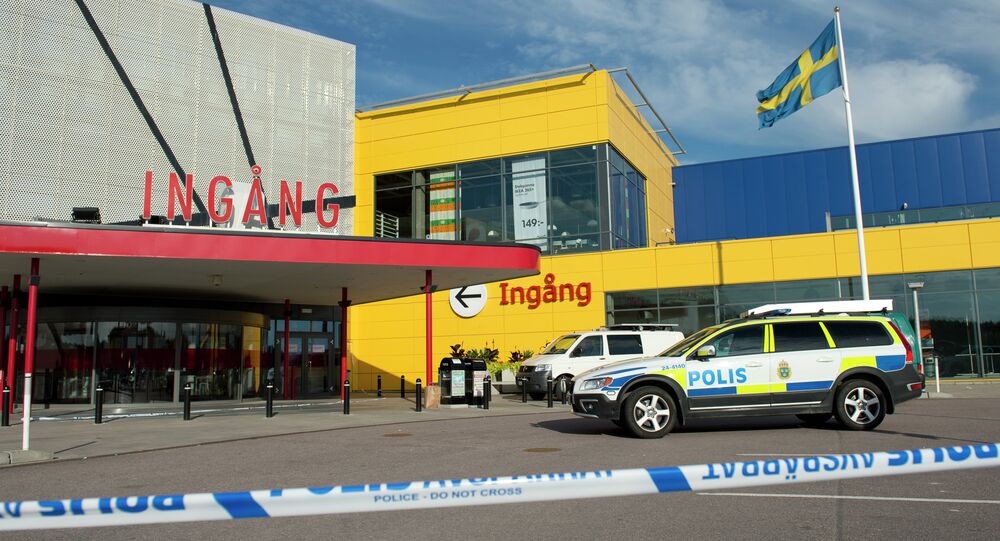 The reaction to the killing of two shoppers in a Swedish IKEA store on Monday by Eritrean asylum seekers will further inflame animosity towards migrants, head of Sweden's Transnational Foundation for Peace and Future Research told RT.

In an interview with the RT TV channel, Oberg said that there is a danger that the attack, which was committed by asylum seekers from Eritrea, will be used by anti-immigration campaigners to further their agenda.

Though "it would be stupid," to use the murders to make a point about immigration, Oberg said that nevertheless, the Swedish authorities expect such a reaction.

"People can use and misuse whatever they want to, because of the color of their skin. The two perpetrators have their roots in Eritrea, so that can be used, yes."

"Obviously the Swedish police think that it will be misused, because they have increased the guarding of and the security of the local refugee reception centers."

"They don't have any signals or indications, but to be on the safe side they have increased their presence at the places where refugees are gathered, or asylum seekers waiting for residence permit decisions."

In the light of statistics showing an increase in hate crime recorded in Sweden in recent years, Oberg was asked about the possibility of a revenge attack on migrants in the aftermath of the murders on Monday.

Statistics from Sweden's National Council for Crime Prevention show a 14 percent increase in reported hate crime in Sweden over the past year, from 5,508 incidents recorded by police in 2013, which rose to 6,270 cases in 2014. Seven out of ten incidents are believed to be racially motivated.

"Any specific reasons why this is happening?" Oberg was asked.

"There is a general animosity increasing in the Scandinavian countries, that has been going on for a long time," adding that at the moment, the relationship between the IKEA murders and race is not understood.

"We don’t know what the motives were. If it turns out that there was a kind of racial motive behind the killings of these two sad people, that will put us in another situation."

"Why in general it happens, there are thousands of reasons. There are a number of people coming, there is a fear in the Western world in general that we are losing our relative power."

"And so there are many reasons why the unintellectual, fast reaction to this is, we don’t want you to come here."

Jan Oberg interview with RT International on Swedish attack at IKEA And about the European… http://t.co/IUAMmVrlXS pic.twitter.com/SQJVJfa9JP

Oberg, whose TFF think tank aims to promote reconciliation and conflict-mitigation, particularly in the conflict regions of the world such as the Middle East and the former Yugoslavia, was asked whether the migrant crisis in Europe, which is giving rise to greater social conflict, is being handled in an effective way:

"No, because in this case, as with the case of international terrorism, there is nobody really basing their policies on an analysis of why things happen."

"Sweden and other countries are doing these things, we are running wars and that's what people run away from. If you look at those who are coming over the Mediterranean, there are people coming over from Syria and Libya and Somalia and other places, where we are bombing or using drones or occupying their territory."

© AFP 2021 / JONATHAN NACKSTRAND
Former Defense Minister Mulls True Cost of Sweden's War in Afghanistan
Two asylum seekers were arrested on Monday after carrying out a deadly knife attack on two shoppers in the kitchenware section of an IKEA store in Vasteras, around 115 km west of the capital, Stockholm. The victims, a mother and son aged 55 and 28, died at the scene.

The two perpetrators were Eritrean asylum seekers aged 23 and 35, who were staying in government-provided accommodation in the area. The 35-year-old was taken to hospital with life threatening injuries after the attack. Police have not found evidence of a prior connection between the victims and their attackers.