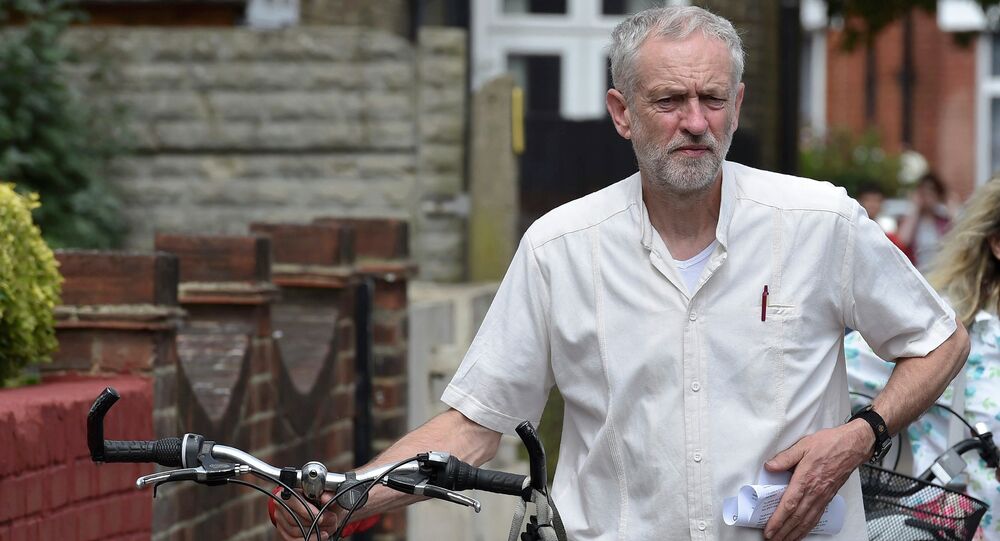 "If Jeremy Corbyn becomes leader it won’t be a defeat like 1983 or 2015 at the next election. It will mean rout, possibly annihilation," Blair, a former Labour party leader, stated in an article for the Guardian newspaper.

The former prime minister's thoughts follow the release of a recent poll of eligible voters by YouGov, suggesting that 53 percent of those answering the survey supported Corbyn's candidacy, a 10-percent gain from a previous poll conducted in mid-July.

"It doesn’t matter whether you’re on the left, right or centre of the party, whether you used to support me or hate me. But please understand the danger we are in. The party is walking eyes shut, arms outstretched over the cliff’s edge to the jagged rocks below," Blair wrote.

Blair, who served as the Prime Minister between 1997 and 2007, last month warned against electing the anti-austerity Corbyn as leader and the further moving of the Labour party to the left.

The leadership race was triggered by the resignation of Ed Miliband as Labour leader following his party's loss in the May general elections.

Labour leadership elections will conclude September 10. The results are expected to be announced two days later.