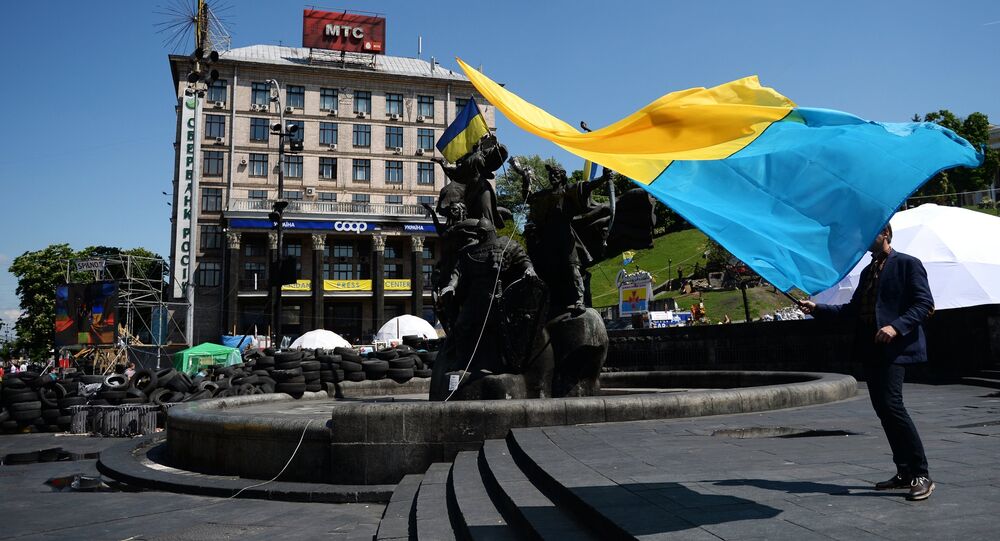 While Western media has touted the Maidan revolution as a step toward "democratic" values, the new Ukraine may have succeeded in looking eerily like the US prior to the Civil Rights Movement: it’s facing systemic issues with racism.

Last month, a 23-year-old refugee from Sierra Leone boarded a bus with her 8-month-old son in Uzhgorod. After living in Ukraine for six months, Asi says she’d experienced racism on almost a daily basis. But upon boarding the bus, she was confronted by a violent outcry from the other passengers.

She "was not like them," they cried. "Tie her to the fence together with the kid!"

Violently forced off by the passengers, Asi was left standing on the street as the bus driver called the police. The young mother was then handcuffed and inexplicably carried away by police.

This story, which made the headlines of a number of Ukrainian newspapers last month, is only one example of several in a recent wave of racism to hit post-Maidan Ukraine. Many black individuals, be they residents or visitors, have described varying degrees of racist treatment, some subtle, some preposterously blunt.

Zhan Beleniuk, a professional wrestler who lives in Ukraine, spoke to the Observer about his experiences with everyday prejudice.

"Are you Mike Tyson?" Zhan was asked by a stranger once. The man was shocked when Zhan told him no.

Other instances have been more alarmingly discriminatory. Serhei Ratushnyak, a former mayor of Uzhgorod and deputy to the Supreme Parliament, reportedly turned minorities away from an aqua-park he owned, saying "we let in the residents of Uzhgood [only], we let in [only] the white people."

Facebook
Meet the 'Black Lenin' Fighting for a Free Donbass

According to the Observer, Ratushnyak also justified his actions by blaming the "syphilitic and tuberculosis Gypsyhood of the area and of the whole world."

"During last year we had a 14-fold increase in AIDS cases in town," he said. "I demand compensation for all my expenses on buying and building [of the pool complex in case the 'Gypsies' are allowed into his aqua-park by the authorities]."

The racism also extends to islamophobia. In June, a mob attacked Jordanian exchange students in the city of Kharkov. Four were rushed to the emergency room with head injuries and knife wounds.

Two dogs were stabbed to death because they belonged to the "enemies."

Perhaps the most frightening part of this rise in racial hatred is the inability – or unwillingness – of the local authorities to do anything about it. Authorities never disciplined the individuals responsible for the abuse faced by Asi on the bus in Uzhgood.

And rather than address the Kharkov mob appropriately, Valentin Nalivaychenko, then-head of the Ukrainian Security Service, blamed the incident on – who else – Russia.

"…Local gangs might have been provoked and inspired by the foreign special services," Nalivaychenko said on Shuster-Live. "To put it bluntly – by the Russians."

While many maintain hope that Kiev will right its wrongs, that’s seemingly becoming less and less likely.

"More than a year has passed," Zhan told the Observer, "and not a single change."

Lavrov Hopes Russian, US NGOs Still Can Cooperate Despite Russophobia