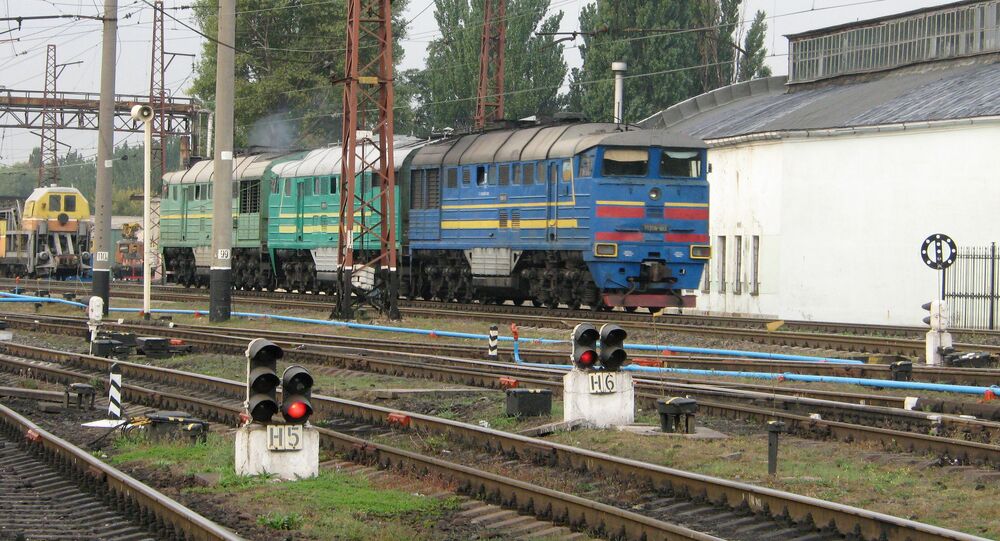 The Transport Ministry of the self-proclaimed Donetsk People's Republic has prepared the local railway network for a link-up with Russia's railway network, and negotiations are now underway on the resumption of rail traffic across the Russian border, DPR First Deputy Transport Minister Vladimir Kabatsy told the Donetsk News Agency on Tuesday.

© Sputnik / Viktor Tolochko
DPR Envoy to Contact Group on Ukraine: Next Meeting Scheduled for August 26
"We are now technically prepared to carry out rail service with the Russian Federation. Our railway workers have completed their task," Kabatsy told the news agency, adding that "now the process of negotiations is underway" with the Russian side.

The minister emphasized that DPR authorities very much look forward to a positive outcome in the negotiations.

Over the weekend, the press service of the DPR's Transport Ministry reported that a rail link with Ukraine restored only days earlier had been cut following the Ukrainian military's shelling of a section of track on the Yasynuvata-Skotovataya route, resulting in damage to the track itself and leaving a section of the route without power. Work on repairing the damage has been hampered by its proximity to the line of contact.

Prior to the onset of the Ukrainian civil war in April 2014, Donetsk Railways served as one of the largest railway divisions in the country. Late last month, railroad workers resumed running commuter trains on a test basis from the city of Yasynuvata north of the capital of Donetsk to the village of Kvashino in the region's southeast, near the Russian border. Earlier this month, the Ukrainian-DPR Contact Group's sub-group on economic issues had discussed the prospects for demining and restoring rail traffic in the area.