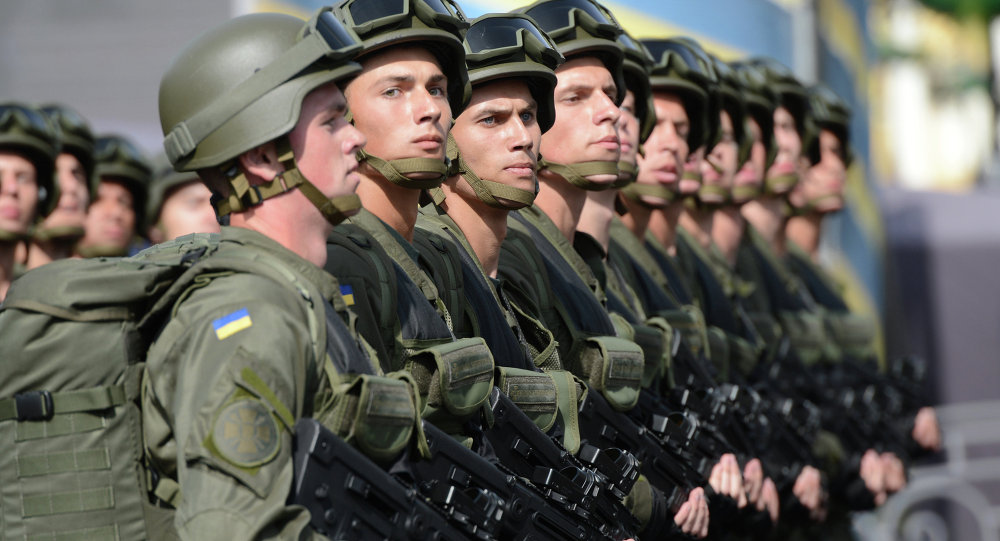 Britain has announced that it will expand its commitment to helping the Ukrainian military by doubling the amount of soldiers that it will train in the country, as UK Defense Secretary Michael Fallon warned the conflict in Ukraine's east was still "red hot".

Speaking during a visit to British military training teams at their base outside of Kiev, Mr Fallon said that the moves to increase military support were much needed, given that the violence in Ukraine's east was showing "no sign of ending anytime soon."

The Defense Secretary accused Russia of backing eastern Ukrainian separatist groups involved in the fighting, saying that the 18-month conflict was "certainly not frozen" but was "red hot," which was in turn putting Ukraine's borders under threat.

"We shouldn't lose sight of just how serious this situation is. Seven thousand people have already died in Ukraine, right on the doorstep of Europe, as Ukraine fights for its freedom. This is not a frozen conflict, it's still red hot."

Def Sec Michael Fallon: We will stand side by side with you #Ukraine.@DefenceHQ http://t.co/HbyXkPu6Xk

Russia has denied claims that it has been interfering in the conflict, with critics of the West arguing that training Ukrainian forces during such tense diplomatic times is in fact highly provocative and counter-productive to the peace process.

After an initial deployment of 35 trainers, there are now 75 British military personnel in Ukraine's west helping to train Kiev government forces in various skills such as urban combat, land mine identification and fortification building.

The UK team has already trained about 1,000 Ukrainian soldiers, with the new announcement to see a further 1,000 trained before the end of the year.

All talk no action Michael fallon can't defend the channel tunnel how can he help Ukraine https://t.co/BKBAPCCoe3

So far, western governments have rebuffed calls from Kiev to provide Ukrainian forces with lethal aid, however critics have accused London of 'mission creep' over the expansion of its Ukrainian training program, with fears it may lead to an escalation in the conflict.

Despite Mr Fallon confirming he would be open to sending more advisers to the country, if requested, he rejected claims that such actions would inflame tensions.

"This is not provocative. This is all designed to help the Ukrainian forces better defend themselves and to save lives. All of it is being well away from the conflict zone," he said.

"We were dealing with infantry, intelligence, medical, logistics. We are going to be adding training in ground threat awareness, train them in how to recognize mines and IEDs, training them in urban operations, how to defend themselves better in urban environments, in engineering expertise, how to fortify themselves better in the field."

There has been much criticism of western countries and NATO for supporting the build-up of military forces in eastern Europe, saying that such actions are highly inflammatory and go against efforts aimed to secure a peaceful solution to the Ukrainian conflict.