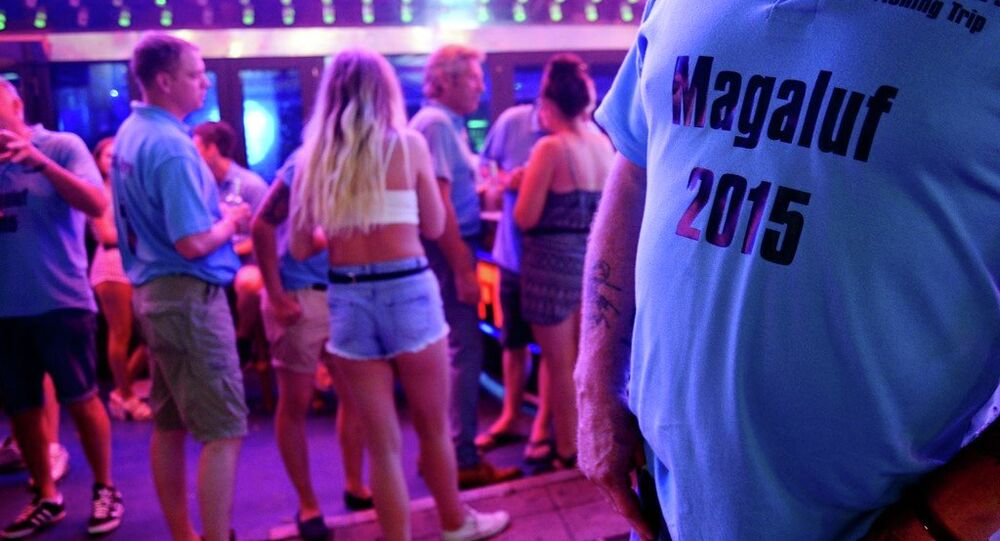 Swapping Birmingham for the Balearics, UK police will be on patrol in popular Spanish holiday destinations over the next fortnight as part of trial measures to stop British tourists from causing trouble.

While the initiative aimed at limiting trouble caused by the notoriously unruly influx of 'Brits abroad' has been welcomed, it has also highlighted the vast differences between Europe's boozy holiday hotspots and other parts of the Mediterranean struggling to cope with the continent's migrant crisis.

Two officers from West Midlands police are taking part in the two-week trial to work alongside Spain's Guardia Civil, where they will spend time in the popular UK holiday spots of Magaluf and San Antonio, Ibiza to help local authorities deal with British victims and offenders of alcohol-related crime.

The destinations are well known for being full of misbehaving UK tourists during the summer months, with local authorities in Magaluf, also known as "Shagaluf", announcing that they were aiming to crackdown on drunken behavior.

Despite the official crackdown, police have been struggling to enforce the new rules, which prevent people from drinking on the street at night and include fines of up to $3,300 (€3,000) for people found naked in public or urinating on the street.

Critics of the UK-funded initiative say it is nothing more than a publicity stunt, noting that the presence of two officers is unlikely to change the behavior of thousands of holiday-makers, while others have pointed that the two Brits will only be on patrol until 10pm local time — before most party-goers hit the streets.

While the main problem on these Spanish islands and holiday resorts seems to be centered on dealing with boozy Brits, it has highlighted the different foreigner-related issues facing other idyllic European destinations.

Italy's southern coast and the island of Sardinia have been popular destinations for desperate asylum seekers, who have been risking their lives by crossing the Mediterranean from North Africa or the Middle East in the hope of reaching Europe.

Many have died in tragic circumstances trying to cross the sea, as the EU struggles to come to a sustainable conclusion on how to deal with the influx of people.

Others have traveled to Greek islands such as Lesvos and Kos, where a severe lack of adequate infrastructure has created widespread humanitarian problems for migrants.

Unlike the beachside resorts and fancy nightclubs of the Iberian Peninsula, many asylum seekers in Greece are faced with a lack of basic services like food, water and adequate shelter as Athens struggles to provide for migrants, while at the same time trying to limit the damage of the country's economic crisis.

The recruitment of two UK police officers to help deal with drunken Brits in Spain is more or less seen as a symbolic attempt to clean up the behavior of tourists, however it has also highlighted how such issues pale in comparison to migrant crisis affecting other parts of the EU, where there has been a severe lack of action from European governments, who are seemingly unwilling to make serious attempts to address the problem.