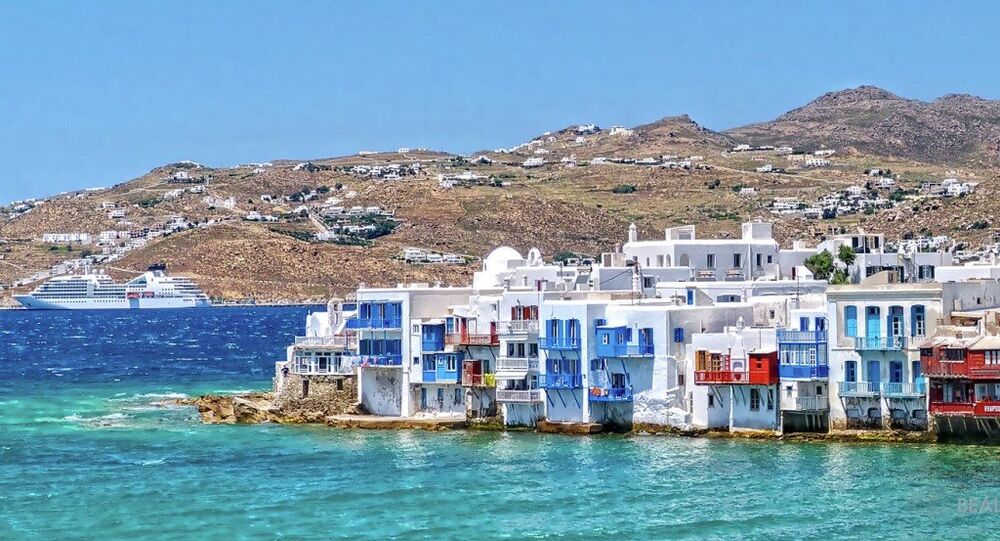 While German Chancellor Angela Merkel and other German politicians have no time for interviews with English-speaking media, one of the most prominent and respectful US magazines published a touching piece about the Greek crisis which caused “nothing but sympathy” for the unlucky country, correspondent Derek Scally wrote in Die Zeit.

Ex-finance minister Yanis Varoufakis has been mentioned in nearly every German media recently. He gave interviews to numerous German TV channels, answered every question put to him by journalists and even wrote his own articles released by the most prominent and influential German newspapers.

© REUTERS / Fabrizio Bensch
Germany to Strictly Monitor Greece’s Bailout Measures Implementation
However, it’s not only the German-speaking media that has paid attention to the former Finance Minister of Greece. Last week the New Yorker released a sympathetic and touching article about the Greece crisis. The story was read “from Manhattan to Melbourne” and provoked sympathy among the English-speaking parts of the world.

According to Scally, Greek politicians are much more successful in creating a positive image of them and their country than German ones. The New Yorker’s article practically depicted Varoufakis as “the plucky Greek David tackling the merciless German Goliath,” Scally wrote.

Thus, Germany and its northern European partners may claim that they hold the majority of support and they also may claim that Greece is isolated as the country which does not fulfill its financial obligations, but this isn’t necessarily the case. Scally doubts that Germany and its allies actually have superiority in this case.

“While the German camp may have the upper hand politically in Europe, tiny Greece and its supporters have far better clout in influencing world public opinion,” Scally wrote.

Agreement on Greece's Third Bailout Package Could Be Reached Next Week