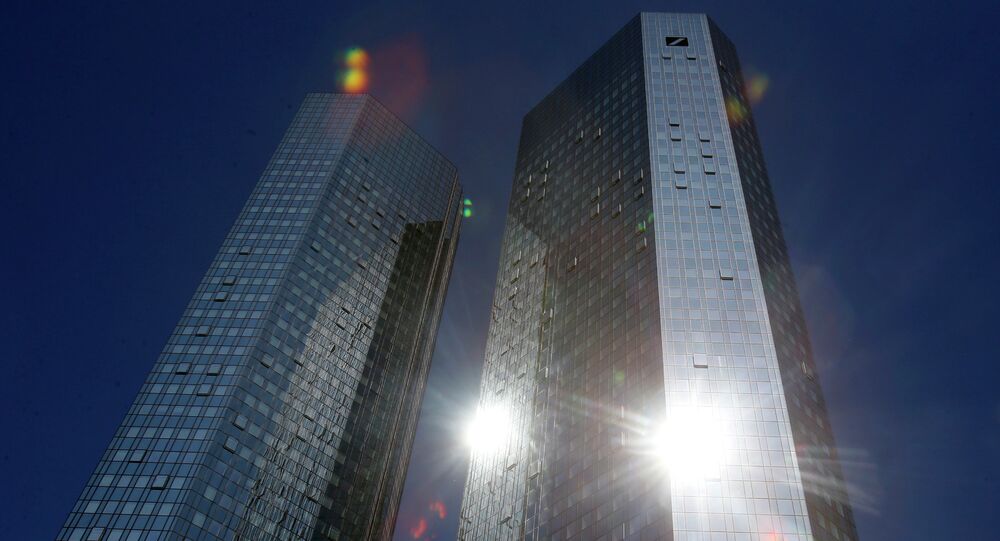 The US Department of Justice recently launched an investigation into the activities of Deutsche Bank on the suspicion of money laundering and violation of anti-Russian sanctions, DWN wrote.

This case is different from similar cases in the past, primarily because of the extraordinary amounts of money transferred abroad through laundered transactions.  The sum is reported to reach 5.5 billion euros.

© AP Photo / Michael Probst
Deutsche Bank to Pay $2.5Bln Fine to US, UK Financial Regulators for Rate Fixing
The German bank operates in Moscow and in St. Petersburg and has one of its largest investment subsidiaries, with approximately 1,000 employees. Private customers are reported to be the most lucrative business sources of Deutsche Bank in Russia.

In this regard, US authorities are mainly interested in the list of clients involved in illegal transactions. According to Russian sources, the list includes people who also can be found on the lists of the EU and US sanctions and who are close to the Russian government.

US authorities accuse Deutsche Bank of not checking the origin of the money and violating the sanction policy.

In recent years, the US repeatedly has imposed huge fines against European companies and financial institutions, DWN reported. This caused criticism among European officials and negatively affected EU-US relations.

The EU officials claim that the US deliberately “hunted down” European institutions to promote its foreign policy objectives and contributed to capital shifting away from Europe,, DWN reported.

Reaping the Whirlwind: European Instability Playing Into US' Hand